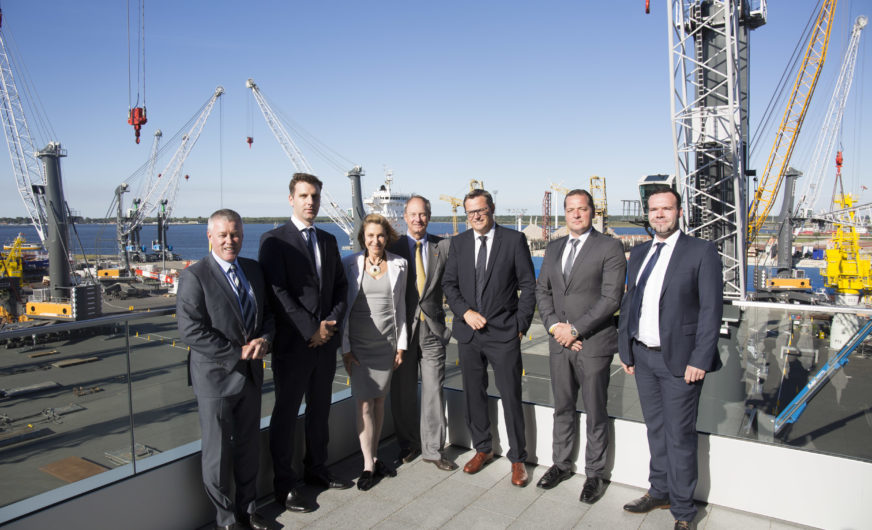 On 18 August 2016 the United States Ambassador to Germany, John B. Emerson, visited Liebherr MCCtec Rostock GmbH to discuss the current situation for the maritime industry in the US market with some of the company’s sales managers.

Liebherr’s maritime division has been successfully represented in the US with its entire range of products. Especially the mobile harbour cranes produced in Rostock have acquired an excellent reputation in the United States in recent years.

With more than 1,400 units delivered to 100 countries worldwide Liebherr mobile harbour cranes convince in all fields of application such as container handling, bulk operation and even heavy lifts up to 308 tons. Last year about ten per cent of them were sold in the United States.

Despite the current difficult market situation in the offshore sector Liebherr managed it to deliver 24 offshore cranes with a contract value of approximately EUR 50 million in the past ten years to the United States.

The ship-to-shore container cranes, produced in the Liebherr factory in Killarney in Ireland, are in great demand in US American ports. This year alone, four gantry cranes were delivered to New Jersey.