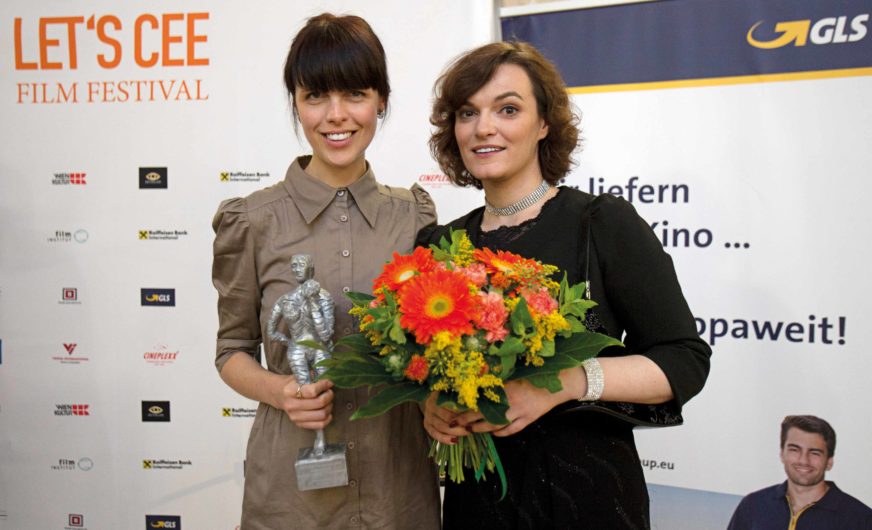 From 1 until 11 October 118 films will be shown in Vienna. Numerous new releases are on the agenda and there will also be two more competitions, among others the award to the best debut film
The LET’S CEE Film Festival started in 2012 and focuses on contributions from Central and Eastern Europe, including the Caucasus region and Turkey. It stands for values such as integration and tolerance. Festival director Dr. Magdalena Zelasko: „GLS has supported us right from the beginning. As the festival is continuing to grow, logistics is also becoming more and more complex. Nevertheless GLS has always carried out transports reliably, on time and unbureaucratically”.
„Sometimes there are unforeseen changes. Occasionally there are last-minute notifications that a 35 mm-reel is not with the agency in charge but still at the last festival. So far we managed to deal with all challenges,”, adds Dr. Axel Spörl, Region Manager GLS Austria & Portugal.
For the winner, GLS sponsors an award of more than 1.000 Euros. “We thereby support young, talented directors. We believe that we will hear about some of them in future”, says Magdalena Zelasko.
The festival, as well as GLS Austria connect Austria with Eastern Europe. With regular runtimes of less than 24 hours to Hungary, the Czech Republic and Slovakia ex the metropolitan area Vienna as well as the increasing parcel volumes In the CEE region since the beginning of the year, GLS is the specialist for this region.
www.letsceefilmfestival.com   www.gls-group.eu