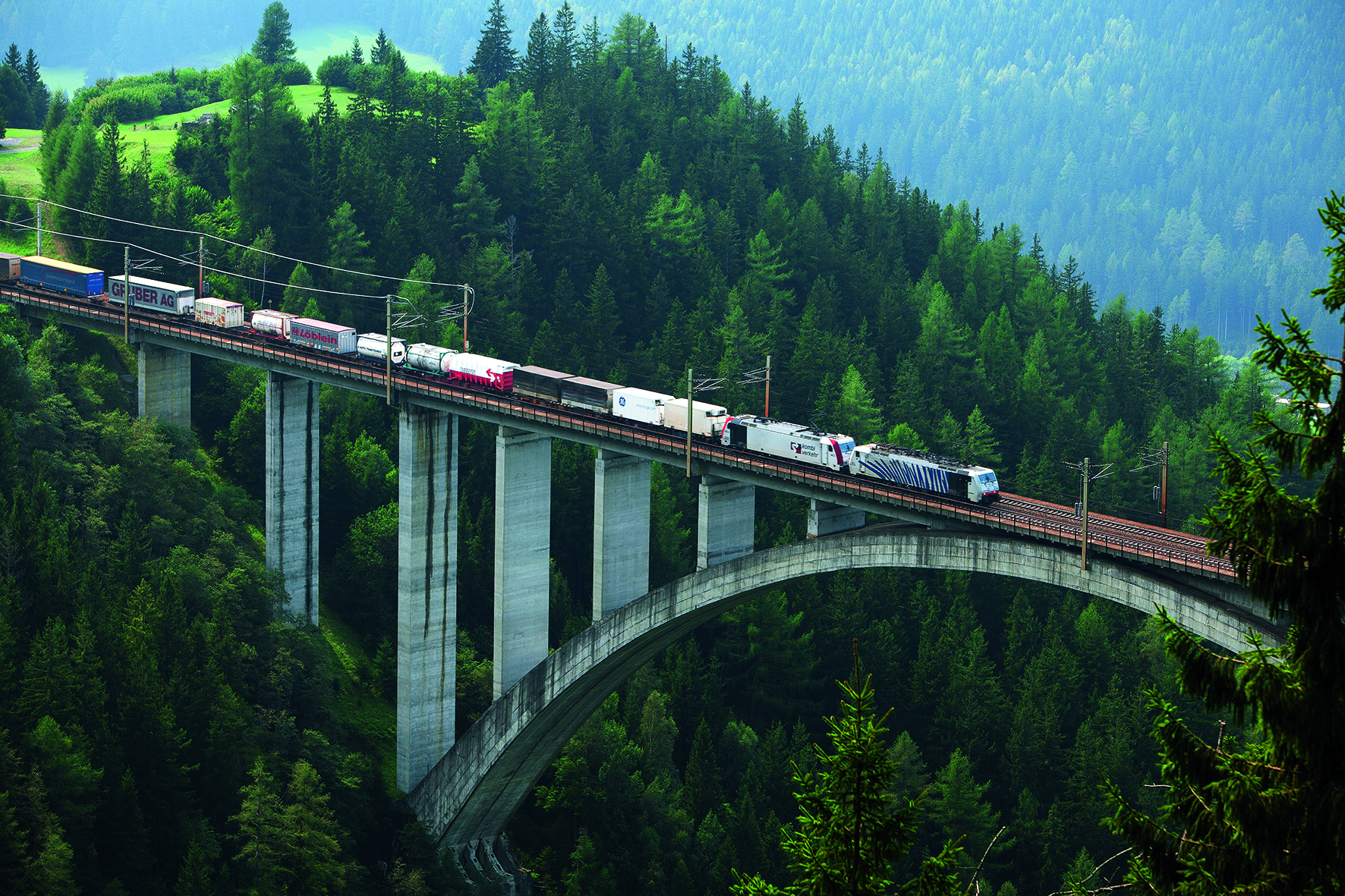 Kombiverkehr KG, the European market leader in intermodal transport, ended the 2017 financial year with a total of 958,299 truck consignments (one consignment corresponds to the capacity of a truck), or 1.92 million TEU, which were shifted from the roads and sea routes onto the railways, thus stabilising the volume of consignments at a high level.

“Although we transported 2.8 per cent fewer containers, swap bodies and semitrailers in the network compared with the previous year, the demand for intermodal transport services nevertheless continues unabated. This is shown primarily by developments in the individual market segments of national transport,” Kombiverkehr announces in a press release about its shareholders’ meeting.

The company increased the number of truck consignments transported within Germany in the de.NETdirekt+ network by 4,662 to a total of 207,589, which equates to a rise of 2.3 per cent. The volume of consignments in international transport (excluding the Baltics) fell to 671,719 truck consignments (-4.9 per cent) as a result of various factors. The company’s 132 employees achieved sales of EUR 447.5 million (-0.6 per cent).

The effects of the Rheintal closure near Rastatt during the period from mid-August to early October 2017 had a particularly negative impact on the result in bilateral transport with Switzerland and in Germany – Italy via Switzerland transport. The company recorded considerable losses in consignment volumes for well over seven weeks due to the disruption on this line and the absence of, or restrictions on, alternative routes.

This more or less coincided with a worsening of the operational situation on the parallel route Germany – Italy via Brenner. Accidents, infrastructure engineering works and the increasingly frequent and lengthy train controls in Raubling and Rosenheim due to the refugee situation meant that more trains than ever failed to run on schedule in the second half of the year.

Despite a 4.9 per cent fall in volumes, south European transport remains Kombiverkehr’s most important transport axis with a total of 394,981 consignments (790,000 TEU). Transport flows to and from Italy are spread across the four main alpine crossings of the Brenner Pass and Tauern in Austria and Gotthard and Lötschberg in Switzerland. With 229,105 transported consignments, Brenner was again by far the most important corridor for Kombiverkehr during the last financial year, followed by the Swiss corridors with 116,684 consignments and the Tauern line with 35,687 consignments.

“Sectoral driving bans, convoy controls, Brenner tolls, route closure at Rastatt and a driver shortage are just a few of the buzzwords that should have been conducive to booming business in Combined Transport via Brenner,” commented Breuhahn on the operating result in Brenner transport during the shareholders’ meeting. “It’s true that the volume of traffic on the Brenner axis increased during the last financial year for the third time in succession, but an increase of just 1.5 per cent is comparatively modest.”

A total of 91,906 consignments (184,000 TEU) were forwarded in unaccompanied transport services between Germany and central and eastern Europe during the last financial year. Volumes on the bilateral block trains, which average 72 a week, decreased by 15.3 per cent.

General conditions are very tough but double-digit rates of growth were nevertheless achieved on some routes. The volume of traffic with Turkey (+28.6 per cent) and between Germany and Slovenia (+12.1 per cent) bucked the general trend.