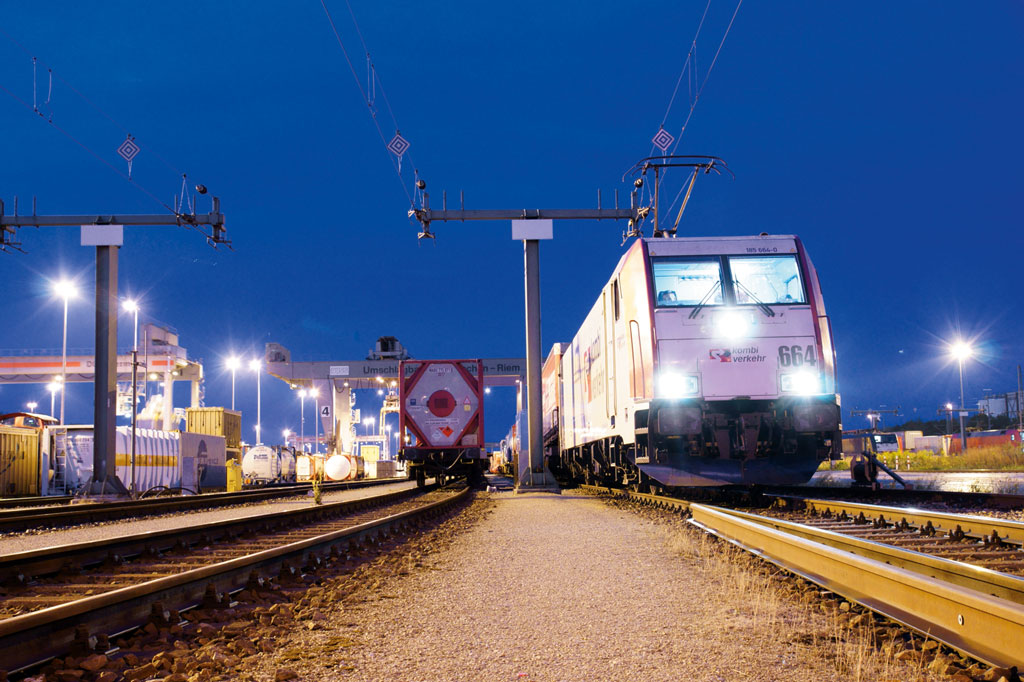 Kombiverkehr KG, Europe’s market leader in intermodal transport, transported a total of 937,838 truck shipments (one shipment equals the capacity of an HGV) within its national and international networks in the 2018 financial year. The shipment results correspond to 1.86 million TEU. Compared to the previous year, 2.1 per cent fewer shipments were shifted from road to rail.

“Last year some railway enterprises unfortunately failed by far to meet the demand of customers from the forwarding and logistics industry for an average performance quality of 85 per cent in international transport, and 90 per cent in national transport, which eventually led to a loss of volume on many services”, Robert Breuhahn commented one the annual result.

In addition, around ten per cent of regular trains could not be offered due, among other things, to the lack of resources, which also resulted from train delays on the route. Other factors were long-lasting and massive civil service strikes in France from March to early July, which had a significant negative impact on Kombiverkehr’s services between Germany and France, but also between Spain and Portugal.

However, the Frankfurt-based company once again posted strong growth in the Baltic Sea. With 14 per cent more containers, swap bodies and semi-trailers, a total of 90,083 truck shipments between Germany’s economic centers and the ports of Kiel, Lübeck and Rostock were transported by ferry to Scandinavia.

The decline in domestic traffic of 3.6 per cent to 200,059 truck shipments, which is attributable to the discontinuation of a single product (Bremen Roland – Stuttgart Hafen v.v.), was more than compensated by the Baltic Sea traffic, bringing the total to 1.2 per cent in national traffic (290,142 truck shipments). In international traffic, Kombiverkehr transported 646,696 truckloads or 3.6 per cent less than in the previous year.

Within the last three months of 2018, Kombiverkehr KG also posted a positive result in the overall volume statistics, with growth of over two per cent. “Increases in maritime traffic to and from Rotterdam as a result of the change to the Neuss terminal, combined with capacity expansion to 22 weekly departures, and the stabilisation of both Brenner and national traffic, continue in the current financial year, which is going to be a chellenging one given the necessary operational optimisations,” Robert Breuhahn added.

A new high-performance production concept for the traffic between the Ruhr area and Poland, the new short shuttle between Hamburg and Kiel-Norwegenkai for shipments to and from Oslo as well as the planned introduction of a train Kreuztal/Kornwestheim – Verona vv in the second quarter of 2019 should increase the volume handled by the company.

“With the reduction of train path prices, the federal government also gave the right signal for the development of new products and the strengthening of the sector,” says managing director Armin Riedl.