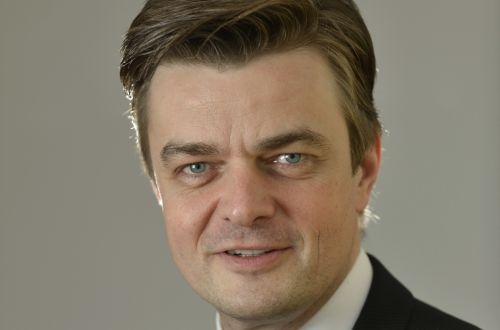 Dr. Jürgen Wilder (45) will take over as the new CEO of European freight operator DB Schenker Rail AG starting on December 1, 2015. The DB Schenker Rail AG Supervisory Board approved the appointment in its meeting on October 12.
In his new position at DB Schenker Rail, Wilder will manage 31,000 employees in 15 European countries. He will replace Dr. Alexander Hedderich, who left Deutsche Bahn at the end of August 2015 after 16 years at the company, six of which he spent as head of DB Schenker Rail.
Dr. Wilder was formerly at Siemens, where he last served as the CEO of the globally active unit for high-speed, intercity and regional trains as well as locomotives. In this roll, Wilder was also responsible for construction of the new ICx, which is scheduled to begin operations in Germany starting in late 2017. Prior to this, he held various positions within the Siemens Group in Germany and abroad, including in Sacramento (USA), where he successfully launched the entry of Siemens into the North American market for locomotives.
Jürgen Wilder is an internationally recognized rail expert and we are pleased that he will bring DB Schenker Rail and its European network back on track to success over the next few years.” remarked Berthold Huber, Member of the Management Board for Traffic and Transport.
Jürgen Wilder is originally from around Münster, Germany. After studying Physics in Göttingen, he received a doctorate from the Max Planck Institute in Mainz and then worked at Harvard University in Cambridge, Massachusetts.
www.dbschenker.com