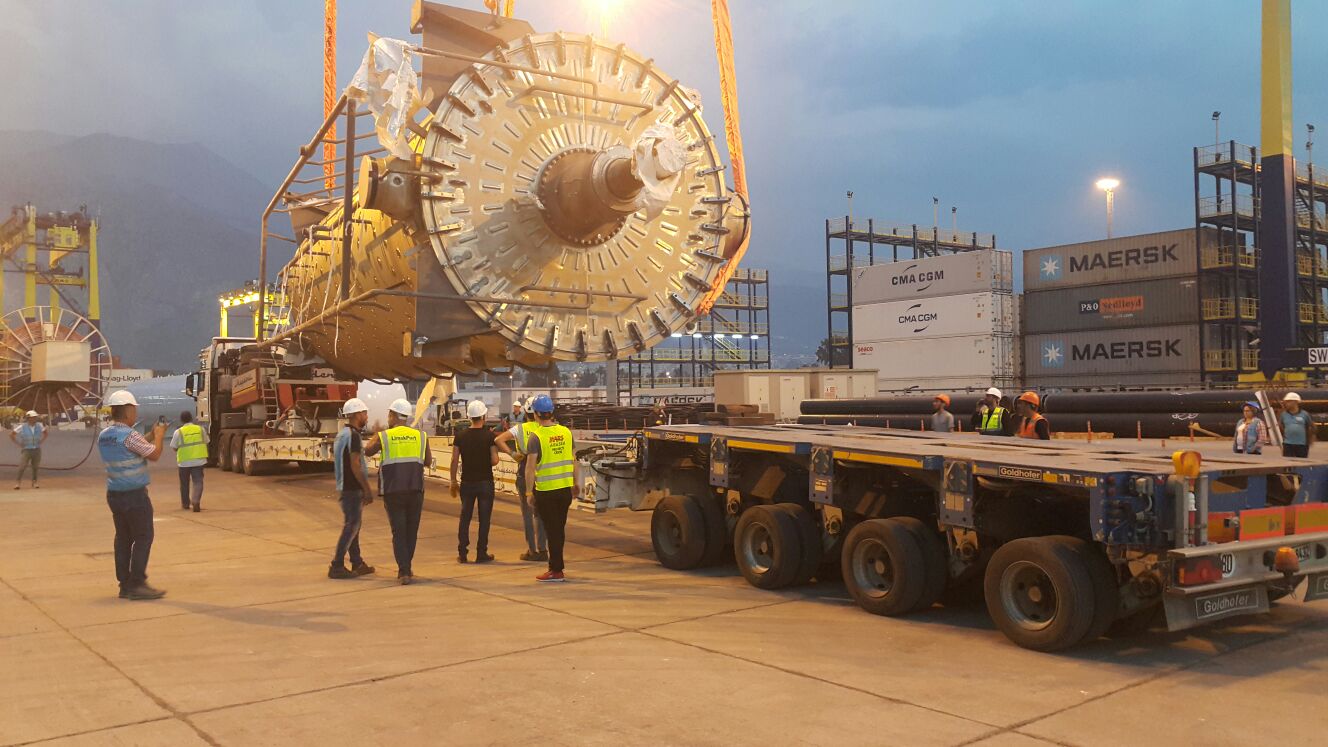 Jöbstl East GmbH (Munich) and the Turkish logistics provider Mars Air & Sea (Istanbul) have successfully completed a transport project with a total volume of 3,500 tonnes for a Turkish group. The heavy cargo shipments (including colli over 570 centimeters high or up to 490 centimeters wide and individual weights of more than 125 tonnes) were transported in mutual cooperation.

Starting from the loading points in Germany and Austria, the next inland port was approached by means of special truck transport (oblique loader, 4-axle triple trailer, 6-axle Variomax, vessel bridge vehicles, 10-axle semi-low loader, etc.). Since some colli were 610 centimeters high, several route changes and detours were required, including disassembly and remounting of various traffic lights or traffic facilities.

“With our service concept we were able to distinguish ourselves from various multinational corporations and show our competence in handling such projects. Moreover we use the optimal combination of road, rail and water to transport the goods in an environmentally friendly manner,” said Angelika Fischer, Managing Director at Jöbstl East GmbH, and Ahmet Yüksek, Projects Heavy Cargo Mars Turkey Director.

Jöbstl East organised the transport logistics from the loading points in Western Europe to the respective inland port as well as the forwarding to Antwerp. From Antwerp, Mars Air & Sea took over. Their range of services also included the oncarriage from the port of entry in Turkey to the unloading point in Adana.

The Mars Group was founded in Istanbul in 1989 and currently employs around 1,800 people at locations in Turkey, Luxembourg, Italy and China. Its business activities are diverse and include international transport, warehousing and logistics services, distribution, air and sea freight, insurance services based on its own fleet and modern logistics facilities.

The core competence of Jöbstl East lies in the area of ​​road and rail transport with a focus on Eastern Europe, the Commonwealth of Independent States (CIS), the Caucasus, Central Asia, the Near and Middle East and Turkey. In addition, the company offers the Austrian Jöbstl Group worldwide project handling, including special transports with access to its own assembly crew and Air&Sea transports as well as consulting.