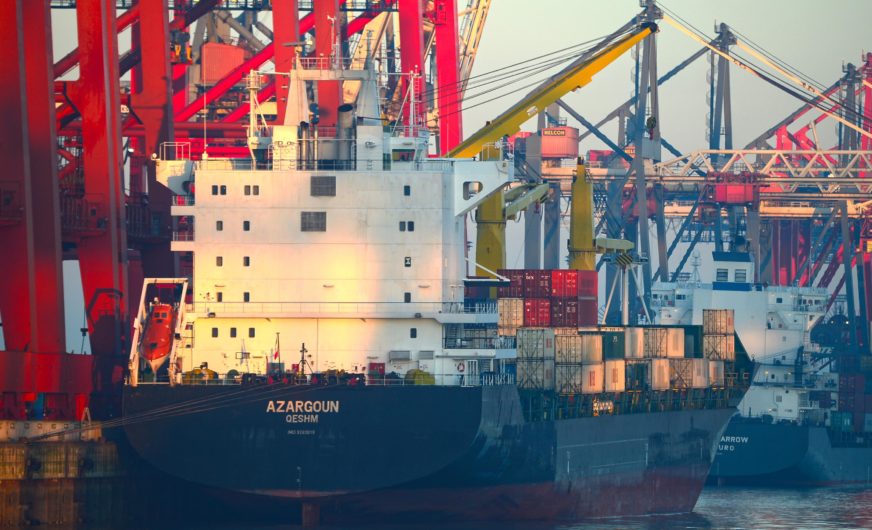 With the call by the “Azargoun” in Hamburg on 17 March 2016, IRISL – Islamic Republic of Iran Shipping Lines – is reopening its regular liner service “European Container Line” (ECL) between Northern Europe and ports in the Persian Gulf following its closure in mid-2010 on account of sanctions. The new service will be operating with 2,500-TEU containerships, calling at Hamburg and Antwerp, along with Genoa, Istanbul, Port Said and Bandar Abbas. The “Azargoun” is 207 metres long and 29.8 metres wide and was built for IRISL at what was then the Aker MTW shipyard in Wismar in 2003.

In addition, the SEVGI will be resuming the conventional liner service with multi-purpose tonnage between Northern Europe and the Persian Gulf. IRISL’s liner services will be represented in Germany, Belgium and the Netherlands by the firm currently being jointly set up by Peter W. Lampke GmbH & Co. KG (PWL) and IRISL (Europe) GmbH, namely IRISL Agency (North) GmbH, based in Hamburg and with branches in Antwerp and Rotterdam.

Since the restricted opportunities for trading of recent years have generated immense pent-up demand for investment goods for the oil, automotive, chemical and energy sectors, European industrial companies anticipate an early revival in business activity. Germany is traditionally Iran’s largest trading partner in the West. Hamburg, in particular, where so many Iranians have settled and set up businesses, has for generations maintained very close and friendly relations with firms and state organizations in Iran. Prior to sanctions, the main imports via Hamburg were barley, potash fertilizers, feedstuffs and machinery. As exports from Iran, fresh and tinned fruit, yarns, other textiles, rubber and vegetables topped the list in the Port of Hamburg.

For several decades, IRISL has operated regular services with containerships and conventional tonnage. The company owns 170 vessels. In its East Asia service, for instance, IRISL deploys ships with a capacity of 6,500 TEU. Additional liner services to SE Asia are run with 2,200 to 2,500-TEU ships. IRISL also runs container services from the Persian Gulf to the Mediterranean as well as East Africa.