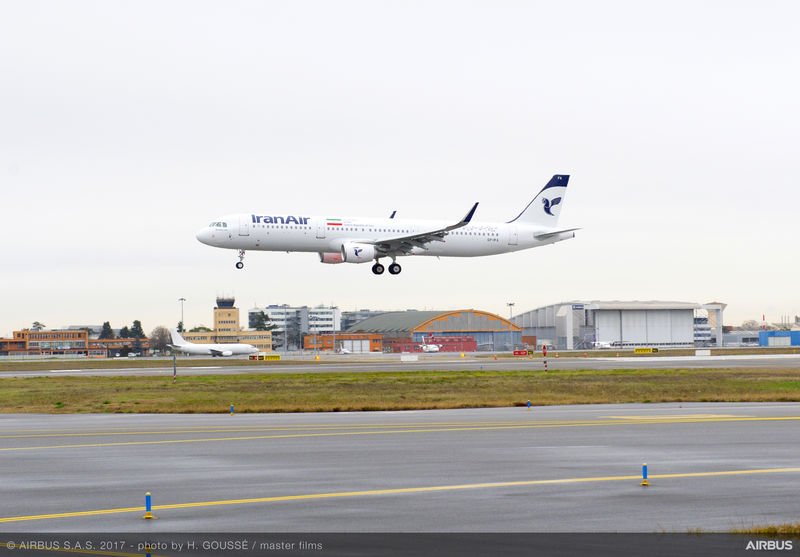 The delivery is the first from a firm order placed by Iran Air in December 2016 for 100 Airbus aircraft (46 single aisle and 54 wide-body jets) to renew and expand its fleet. “This significant milestone marks the first practical step in Iran Air’s ambitious passenger aircraft fleet renewal and its stronger presence in international civil aviation,” said Mr Farhad Parvaresh, Iran Air Chairman and CEO.

Iran is forecast to require some 400 to 500 new aircraft to modernise as well as to grow its existing passenger fleet to catch up with years of pent up demand on domestic as well as international routes.