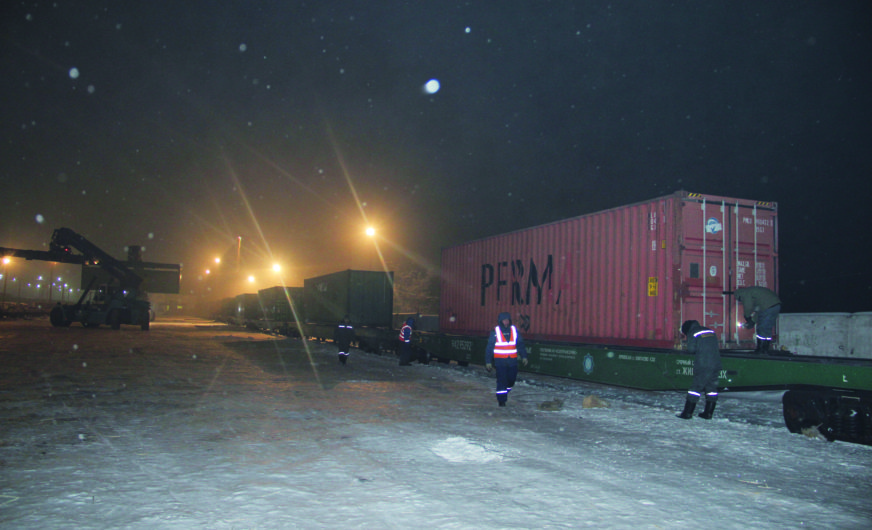 The Swiss based InterRail Group has launched another product in its China traffics in close cooperation with the railway companies concerned along the route: On January 31, the first container block train between Yiwu in the coastal province of Zhejiang in Eastern China and the Iranian capital Tehran was dispatched.

Future trains are to be routed via Inche Borum, the new border crossing between Turkmenistan and Iran that was opened last year; this will further shorten the distance and thus the transit time.

In organizing this pilot train, the InterRail Group as its operator had the active support of its subsidiary companies in China and Kazakhstan and affiliated company Perse International Forwarding Co. (PTB), a leading Iranian transport and logistics provider with its own logistics terminals and a staff of over 500 at 15 locations.

“This train is another successful product of the good cooperation between our group and the railway companies involved. All in all, we see significant potential for further growth and for developing new destinations in container transit traffics via the overland bridge. In order to fully exhaust this potential though, more innovation is needed in transport and trade logistics, so that a balance is reached between the container flows in both directions, east and west bound”, says Hans Reinhard, President of InterRail Holding AG.

Owing to the constantly improving transport technology of the railway companies involved and also owing to electronic advance information for customs and border procedures, the transit times of China trains can not only be kept but partly reduced, too. This development, as well as the reliable handling and organization, including door-to-door solutions, contribute substantially to the increase in bilateral and transit traffics on the Eurasian continent.

InterRail represents the Chinese CRCT as well as the Kazakh KTZ Express as their agent in Iran.