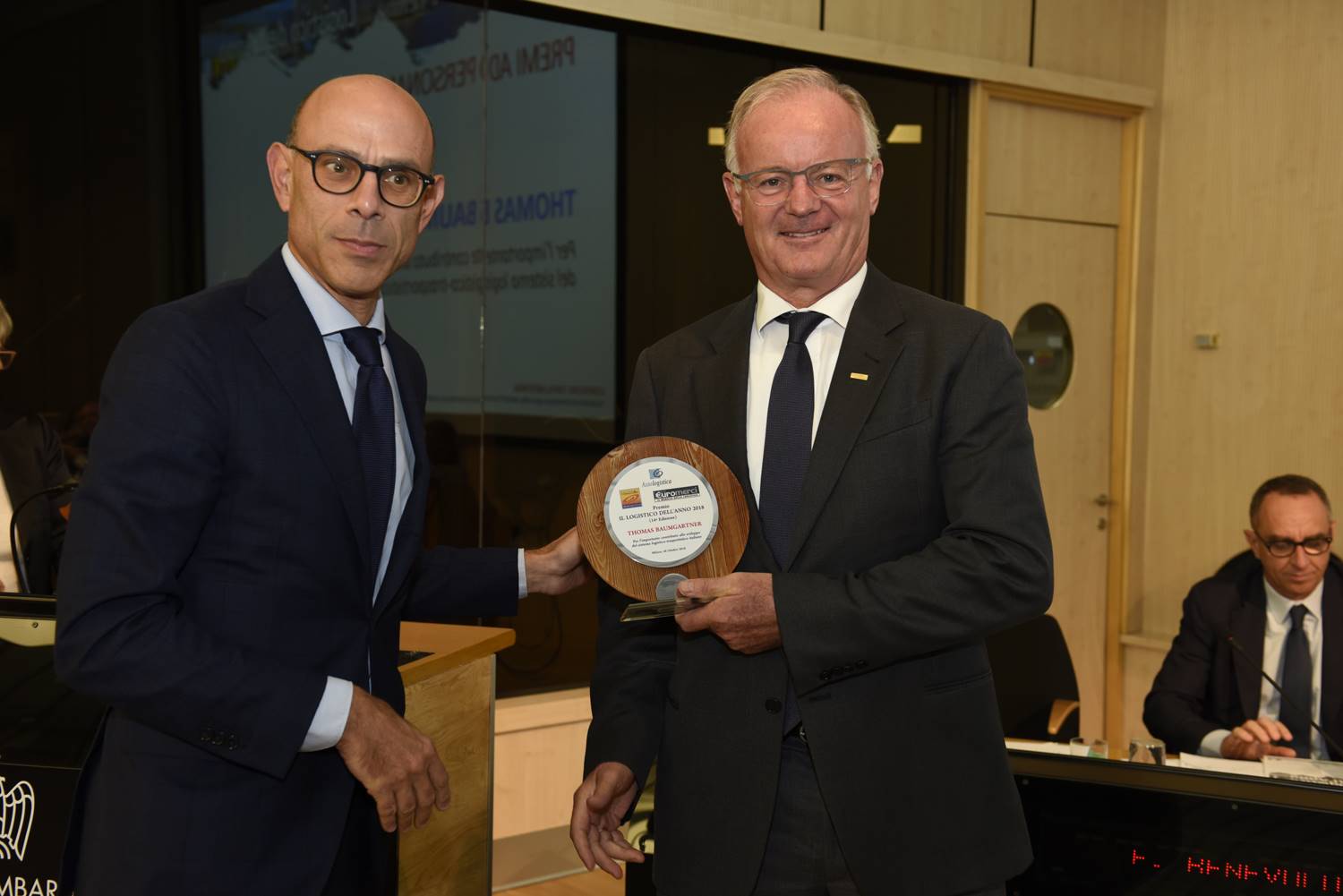 Fercam President Thomas Baumgartner was honored last week for his contribution to the development of the national transport sector as “Logistico dell’anno” (logistician of the year) in Italy. The award ceremony took place during a conference in Milan dedicated to the theme “Intermodal transport – ideas, projects and solutions for modern and efficient logistics”.

On the subject of intermodal road transport, Thomas Baumgartner noted that his company handles 30 per cent of the main transalpine transport by rail, although Unaccompanied Combined Transport is often more expensive than pure road transport.

“The railway industry can work cheaper, but it needs rail stations and the pre- and oncarriage makes the costs soar, which is why this mode of transport is only advantageous for distances from 700 kilometers. The big problem with intermodal transport remains reliability and guaranteed arrival times, because our customers need not only fast, but mainly reliable transports,” said the Fercam President.

In addition, since 1992, ie since the liberalisation of the rail market, there should be a separation between the rail network and the railway operator in order to increase competition in the rail market. Unfortunately, the European Union has never quite completed this separation, according to Thomas Baumgartner.

The “Logistico dell’anno” prize, created by Assologistica (National Association of Logistics Companies), is one of the most important in the logistics industry; It recognises companies and people in the logistics industry who have attracted attention with innovative approaches and projects in various areas and who add value to the Italian economy in terms of sustainability and competitiveness.