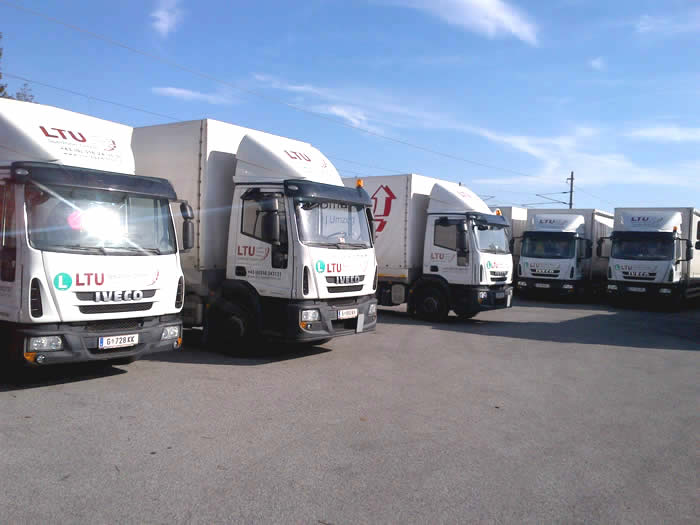 BTH Transport GmbH from Feldkirchen near Graz and LTU Spedition GmbH from Graz can no longer meet their current payment obligations. On December 5, 2019, the Regional Court responsible for ZRS Graz, Dept. 25, opened bankruptcy proceedings at their own request.

Eva Pany, lawyer at Feldkirchner Strasse 111, 8055 Seiersberg, Austria, was appointed administrator of the bankruptcy assets of BTH. The registration period for creditors runs until 6 February 2020. BTH Transport GmbH was founded in 2013. The fully paid-up share capital of EUR 10,000.00 is held by Managing Director Herbert Kelz. The object of the company is the transport and forwarding trade, with 20 employees at last.

The insolvency is primarily attributed to a general economic downturn in the industry. The company was forced to sell off trucks, as only very poor prices could be achieved due to the obviously saturated market. In addition, two accidents resulted in higher insurance premiums. The assets in the amount of EUR 12,700 are to be offset by liabilities in the amount of EUR 259,100 so that an over-indebtedness in the amount of EUR 246,400 can be assumed. A restructuring of the company is not intended.

Stefan Weileder, lawyer at Marburger Kai 47, 8010 Graz, will take over the bankruptcy administration of LTU. The registration period for creditors runs until February 3, 2020. LTU Spedition GmbH was founded in 2006. The share capital of EUR 35,000.00 is held by Managing Director Herbert Kelz. 20 employees were employed in the company until recently.

A reorganisation procedure was pending in 2014, concerning the assets of the company in question. The offered quota of 20 percent should have been fulfilled and the restructuring procedure was lifted in the same year.

The causes of insolvency include that the position on the market was lastingly damaged due to the completed restructuring procedure and hardly any more orders could be obtained via Frachtenbörse, a freight exchange platform. Furthermore, a general economic downturn in the industry was observed. Qualified personnel could not be found and vehicles that could not be used as a result, and had to be sold at a loss.