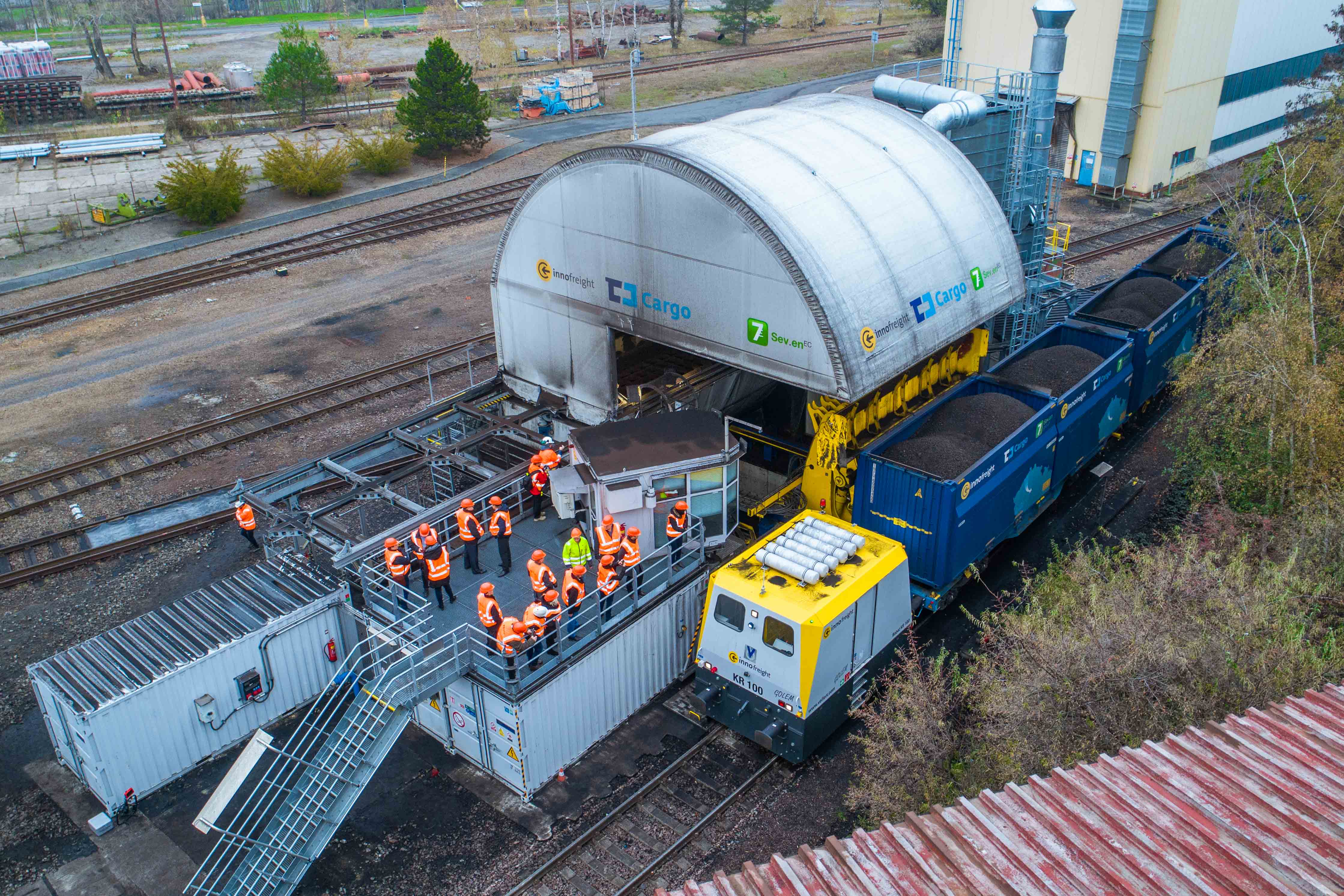 On 16th April 2018, the new brown coal logistics system at the Chvaletice power plant in Eastern Bohemia (Czech Republic) was officially opened. Half a year and almost 2 million tonnes later, the business partners of Sev.en EC, ČD Cargo and Innofreight, have met on 21st November 2018 to witness the ceremonial opening of the stationary unloading station. Over 50 guests arrived from plants all over Europe, also relying on Innofreight technology or which are being implemented.

The cooperation with Innofreight offers the end customers a turn-key solution including the InnoWaggons, MonTainer and a stationary unloading station as well as a push robot. This equipment enables to transport more than 4 million tonnes of brown coal on the rail per year with a total of 100 InnoWaggons.

The container tilting system ensures reliable winter operation even at very low temperatures and brings significant improvements in terms of safety at work during the unloading process.