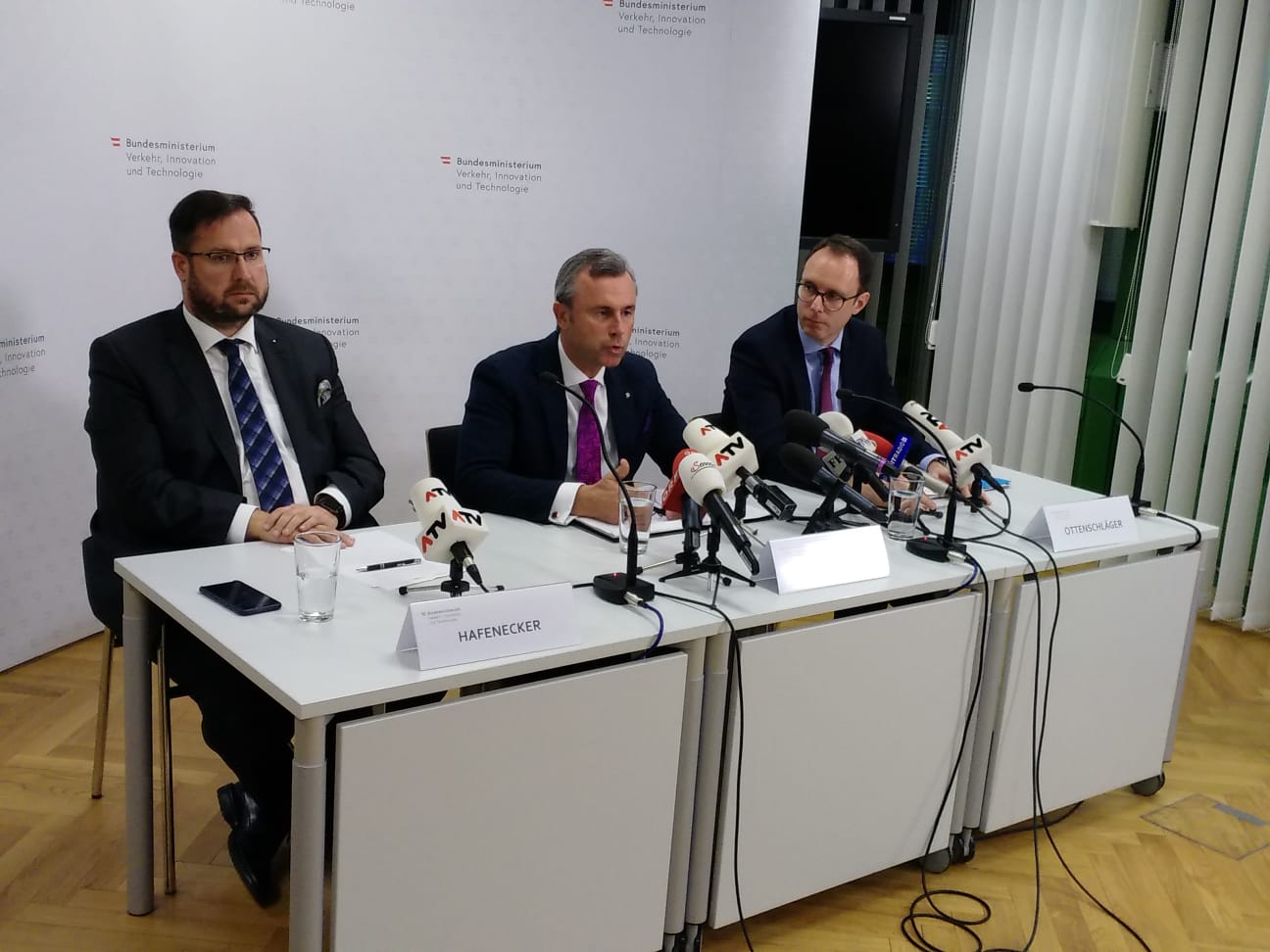 In view of the explosive nature of this topic, Transport Minister Norbert Hofer initiated a summit about HGV safety. The meeting with experts and stakeholders was, according to him, characterised by great objectivity and lots of ideas for improving the situation.

In a two-hour session yesterday afternoon the different aspects of the topic and solutions were discussed. Following the summit, the Minister of Transport, together with Christian Hafenecker and Andreas Ottenschläger, spokespersons of the Austrian Freedom Party FPÖ and the Austrian People’s Party ÖVP respectively, presented a concept for increasing safety when it comes to turning of HGVs.

The package includes long-term, short-term and medium-term measures to be implemented:

-) Amendments to the Road Traffic Act §96: authorisation of municipalities to issue turn bans for HGVs at dangerous crossroads

-) Focus on truck safety in the Road Safety Advisory Council

-) Equipping ASFINAG parking spaces with facilities for correct alignment of the mirrors of lorries. Two are already in use, more places should follow, also at petrol stations if possible.

-) Information campaign on the “Blind Spot” with partners

-) Promote the retrofitting of lorries with turn assistance and monitoring systems as soon as the required products are ready for series production on the market. At present, the number of manufacturers of such products with warranty is limited to 2 (one of them being Mobileye).

-) Progress in the revision of the “General Security Regulation” – vehement demand from Austria to the European Union for its earlier implementation and close cooperation with Germany and other EU partners on this issue. “Voluntary retrofitting will also be financially supported in Austria,” announced Transport Minister Norbert Hofer.

In the course of the discussion, the current situation across the European Union was also discussed. “There are currently no technical specifications in the EU. These must be adopted by September 2022 by the European Commission. From then on, the installation of assistance systems in new vehicle types is mandatory – starting in September 2024, these will be mandatory throughout the EU in all new vehicles. It is therefore legally and technically impossible for Austria to impose an early obligation to provide assistance systems “, said FPÖ transport spokesman Christian Hafenecker.

On a second important level, a change in the Road Traffic Act will be initiated in the parliament. “In the future, cities and municipalities should be able to issue a ban on turning for lorries at potentially dangerous crossroads that can not be defused by conversion measures, provided they have a blind spot,” said Andreas Ottenschläger, ÖVP traffic spokesman.