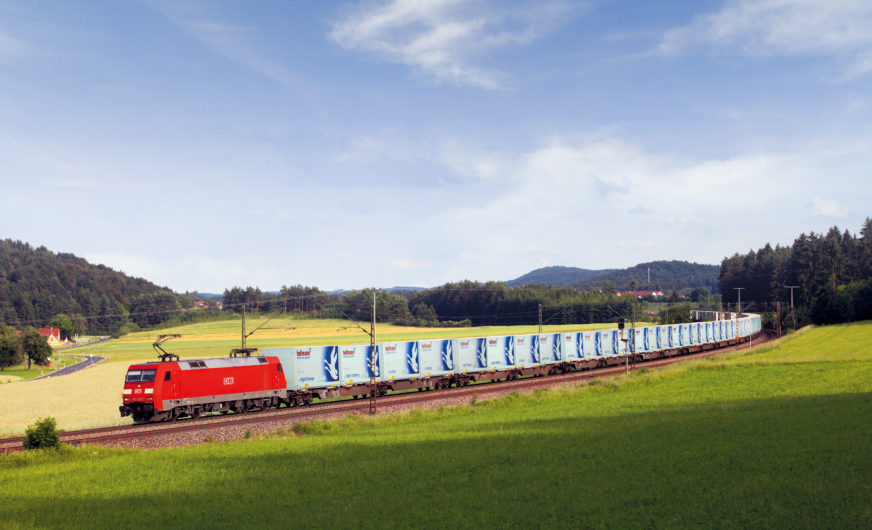 A new intermodal train offers a weekly connection between Nuremberg and western China’s metropolis Chengdu, capital city of the province of Sichuan. Furthermore the cities of Guangzhou, Xiamen, Shanghai, Kunming, Changchun, Shenyang, Beijing, Qingdao and Dalian can be reached.
The ”Rail Eurasia” – which is the fourth intermodal train that has ever linked Germany to China – is operated by Hellmann Worldwide Logistics.
The container train takes 15 days to cover the 10,000 kilometers route via Poland, Belarus, Russia and Kazakhstan – the southern route of the so-called new iron Silk Road to China. The first container train from Chengdu has arrived at the TriCon Container Terminal in the Port of Nuremberg on 27 October.
Next to Chongqing, Chengdu, the “capital of the panda” has become an economic center of western China and one of the most livable cities in China. The city in the inland of China has around 5 million inhabitants.
In the surrounding area there live approximately 9 million people.
From western China to the Chinese seaports and further by sea, the goods to Europe today take around 40 days, thus at least twice as long as by rail. Who needed faster transportation of goods, had to rely on air freight – the most expensive way with the worst environmental performance of all transport modes.
This new combined transport service linking Nuremberg to China will thoroughly optimise the companies’ supply chains”, said Klaus Hellmann, Managing Associate Hellmann Worldwide Logistics. “The economic region of Bavaria, but also neighbouring Baden-Württemberg as well as Austria and Italy have a big number of shippers. These companies need an efficient international transport network to import and export goods and merchandises. Delivery capability and transport time are the main requirements. Our new intermodal line is faster than sea freight and less expensive than air freight. Also in terms of sustainability we are in the front. The users of the rail link benefit from a high transport security, high delivery security and natural resources are saved.”
www.hellmann.net