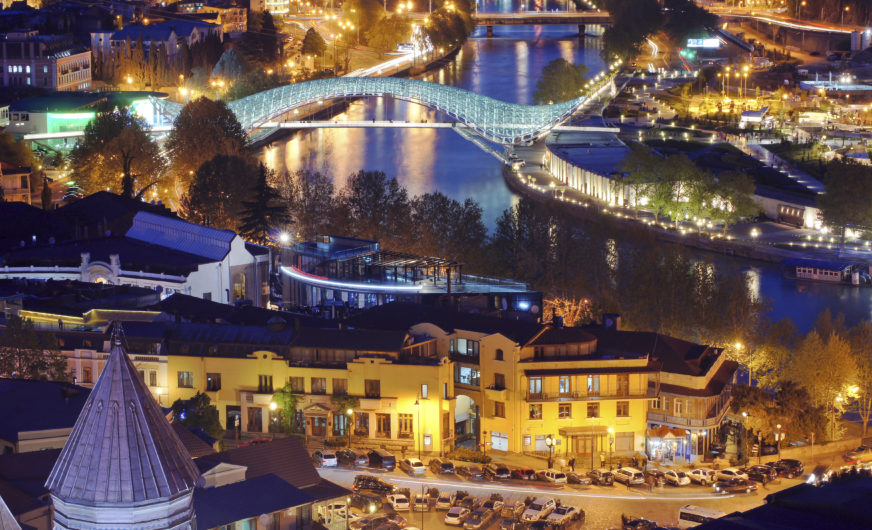 Since the start of this year, Hellmann East Europe Deutschland and Gebrüder Weiss have been cooperating in Georgia in overland transport.

The two companies have been working together for transports from Austria, Switzerland and southern Germany to the Baltic States and vice versa since June 2014. This partnership was now expanded to Georgia.

“Every week three groupage trucks are leaving the warehouse in Hanau to approach Georgia’s capital Tbilisi, from where we will serve the entire Caucasus region for Hellmann customers“, said Michael Mihm, Managing Director Hellmann East Europe.

Gebrüder Weiss is an experienced logistics expert partner for Hellmann East Europe in Georgia, who had been cooperating with the parent company Hellmann Worldwide Logistics since 1977. Gebrüder Weiss has its own location in Tbilisi since 2013. The logistics terminal in Georgia’s capital has more than 10,500 m² throughput and logistics area, and a total surface of 95,000 m², which offers space for potential expansion.

The hub is situated close to the airport and has good connections to major transport routes around the Georgian capital.

“The good transport connection makes Tbilisi an ideal East-West hub“, says Thomas Moser, Director and Regional Manager Southeast/CIS Gebrüder Weiss. In the past years, the Georgian branch has been developing into a central logistics hub for the entire Caucasus region and towards Central Asia. The local portfolio covers overland transport, air and sea freight, logistics solutions and project cargo.

Hellmann East Europe GmbH & Co. KG, with its operative headquarters in Hanau, is a company of Hellmann Worldwide Logistics in Osnabrück and serves the countries of the former Soviet Union through its own branches in Lithuania, Latvia, Estonia, Byelorussia, Ukraine, Russia, Azerbaijan and Kazakhstan. Over 400 employees and 31 offices provide stable performance for all means of transport and the necessary customs clearance and regional knowledge.