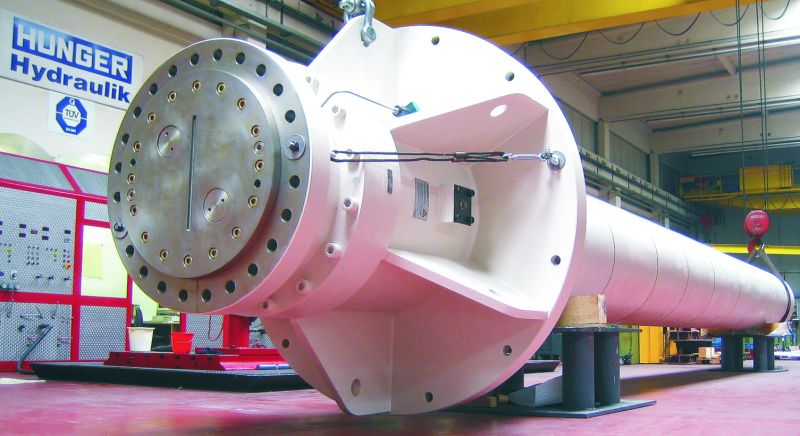 By the end of last week DB Schenker has launched a heavy cargo transport to Japan for the first time. The freight is a 200 tonnes, 25 metres long hydraulic cylinder for a dredging vessel. The client is Walter Hunger GmbH & Co. KG, international market leader in manufacturing large cylinders.
The transport started on 17 July in Lohr, Franconia, on a cargo train of DB Schenker Rail, composed of two Uaai ten-axled low loaders and one car for material. The transport is scheduled to arrive in the port of Rotterdam on 23 July, where the cylinder will be loaded to a seagoing vessel, departing on 3 August. By the end of September the transport will reach the port of Niihama on the east coast of the Japanese island of Shikoku.
As the draft of the assembly port is to low for the call of a seagoing vessel, the last route segment will be covered on a barge.
“The railway is suitable for the transport of heavy goods – and where the railway ends this means no end for DB Schenker by far“, says Axel Marschall, Sales Director DB Schenker Rail.
www.dbschenker.com