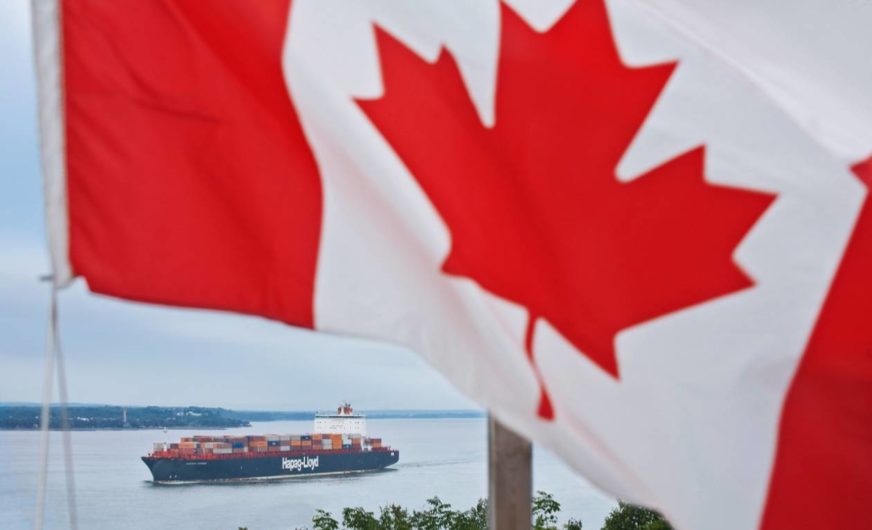 Hapag-Lloyd has three exclusive services that connect Quebec and Europe, which call only at Montreal on the Canadian side (SLCS1 and SLCS2 to Northern Europe and MCA to the Mediterranean). Additionally, three Europe services also call at Halifax on Canada’s east coast and six services at Vancouver on the west coast (to/from Asia and Australia/Oceania).

Deepening the channel is an important topic at the Port of Montreal, as it is in Hamburg. In order to be able to sail the Saint Lawrence River, which is quite shallow in places, with increasing transport volumes, Hapag-Lloyd has included some modern wide-body ships in its Montreal services, which can offer more capacity due to their low draught. Yesterday’s visit by the Premier of Quebec, Philippe Couillard, to Hapag-Lloyd was conducted as part of the efforts to make the Port of Montreal more efficient and competitive. The Premier learned about the strategic plans for the Canadian market in discussions with the Executive Board and presented the maritime strategy of the Canadian province of Quebec. Following this strategy, Quebec wants to make better use of the economic potential of the Saint Lawrence River and secure it over the long term – mainly in relation to cargo transport and logistics.

“It’s not just been since our 2006 fusion with the Canadian shipping company CP Ships that the Port of Montreal has been one of the most important ports in our global portfolio. We are naturally quite interested in the port’s further development and infrastructure,” said Anthony J. Firmin, Chief Operating Officer at Hapag-Lloyd. “We fully support the maritime strategy and see in it a great deal of potential for the Port of Montreal and all maritime players involved.”

Back in 1861, the ships of “Hamburg-Amerikanische Packetfahrt-Actien-Gesellschaft” (Hapag), which was founded in 1847, travelled to Canada for the first time – and services to and from Canada have now been running on a regular basis since 1884.