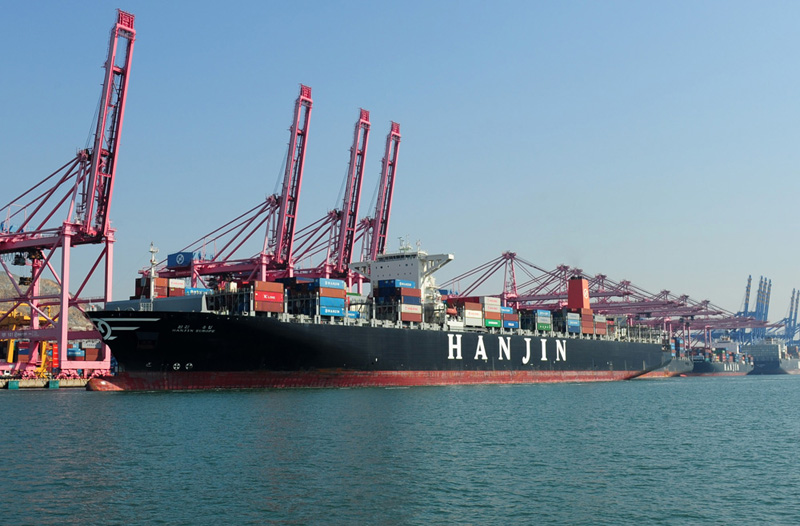 South Korea’s Hanjin Shipping Co Ltd filed for court receivership on Wednesday after losing the support of its banks, setting the stage for its assets to be frozen as ports from China to Spain denied access to its vessels, like Reuters Reports.

Banks led by state-run Korea Development Bank (KDB) withdrew backing for the world’s seventh-largest container carrier on Tuesday, saying a funding plan by its parent group was inadequate to tackle debt that stood at 5.6 trillion won (USD 5 billion) at the end of 2015.

Hanjin Shipping, South Korea’s biggest shipping firm, announced the filing for receivership and a request to the court to freeze its assets, which the Seoul Central District Court planned to grant, a judge told Reuters.

The court will now decide whether Hanjin Shipping should remain as a going concern or be dissolved, a process that usually takes one or two months but is expected to be accelerated in Hanjin’s case, the judge said

A bankruptcy for Hanjin Shipping would be the largest ever for a container shipper in terms of capacity, according to consultancy Alphaliner, exceeding the 1986 collapse of United States Lines.

South Korea’s oceans ministry estimates a two- to three-month delay in the shipping of some Korean goods that were to be transported by Hanjin Shipping, and plans to announce in September cargo-handling measures which could include Hyundai Merchant Marine taking over some routes, a ministry spokesman said on Wednesday.