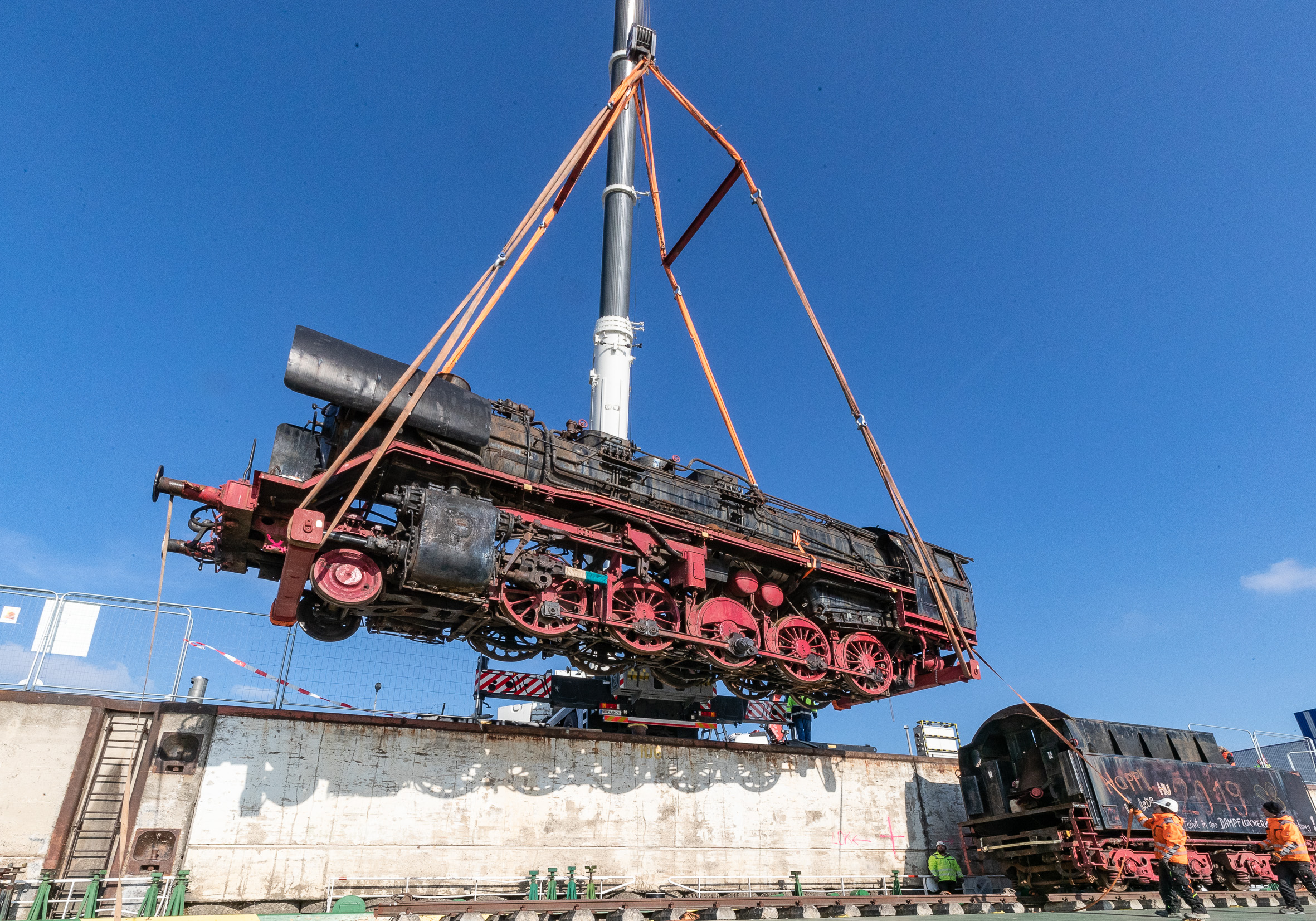 On 6 February 2019, a 103-tonne steam locomotive was transhipped from rail to barge in the port of Vienna-Freudenau. The 78-year-old machine, which was exhibited in the Schwechat Railway Museum until recently, is now transported on the Danube to a repair facility for steam locomotives in Sofia (Bulgaria) to be made operational again.

The transshipment in the port of Vienna was made using a 300-tonne mobile crane of the Gruschina company. Three trucks of ballast weight were required to enable the crane to lift the locomotive to the ship.

The the 103-tonne locomotive was put into operation for the first time on 13 August 1941 by the then German Reichsbahn. It was built in the Škoda locomotive works in Pilsen, now Czech Republic. Schweizer TEE – TransEurop Eisenbahn AG owns the vehicle and is responsible for power supply. It also sponsors the operational refurbishment in Bulgaria.

With an area of 3 million m², managed by around 100 companies with up to 5,000 employees, the Port of Vienna is one of the largest multimodal freight transport hubs in Austria, where up to 7 million goods are handled annually. Since 2015, the Port of Vienna has also been involved as a professional transhipment hub for heavy goods with an efficient mobile crane and the 4,000 m² heavy goods centre of Albern, where loads of up to 450 tonnes can be handled in normal operation.