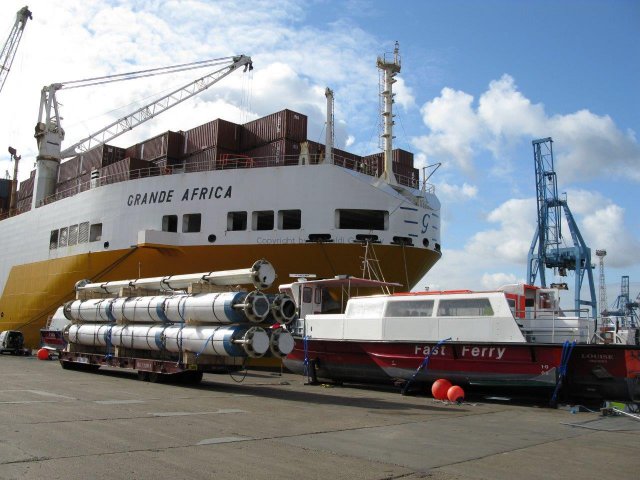 Effective 1 January 2017, there have been changes in the management board of Grimaldi Germany GmbH. With immediate effect, as Managing Director Dirk Peters will assume the main responsibility for issues of the limited liability company and take over the general management of the RoRo departments.

The longstanding managing director Hans-Jürgen Sell has placed his focus on External Relations for the limited liability company and the shipping group, and will be available to the new management board in an advisory capacity.

In addition, the long-time employee Dirk Pichlmeier became an authorised signatory. He will head the areas of container, general cargo and projects. He is supported by Martin Jöhnk who received authorisation to act effective 1 January 2017.

Furthermore, in addition to the management of the Bremen offices, Kai Wethmar will take over responsibility for sales throughout the German hinterland and Austria as Sales Director Germany. Klaus Grupe will continue to be responsible as authorised signatory for finance, administration, EDP and staff.

The Grimaldi Group is a multinational logistics group specialising in sea cargo transport of all kinds of loads on Roll On/Roll Off vessels, car carriers and ferries. In close cooperation with the major automotive manufacturers, the group provides customised transport solutions for the shipping of new vehicles. Its fleet of highly specialised ships can carry cars, any kind of rolling cargo and containers, as well as any form of general cargo.

The port of Hamburg is called more than 190 times per year by the networked Grimaldi services North Europe-South America, Mediterranean (Euro Aegean) and Northern Europe-West Africa. Via its Unikai terminal the shipping company provides a connection to/from all major ports on the US East Coast through 50 more departures per year operated by its subsidiary ACL.