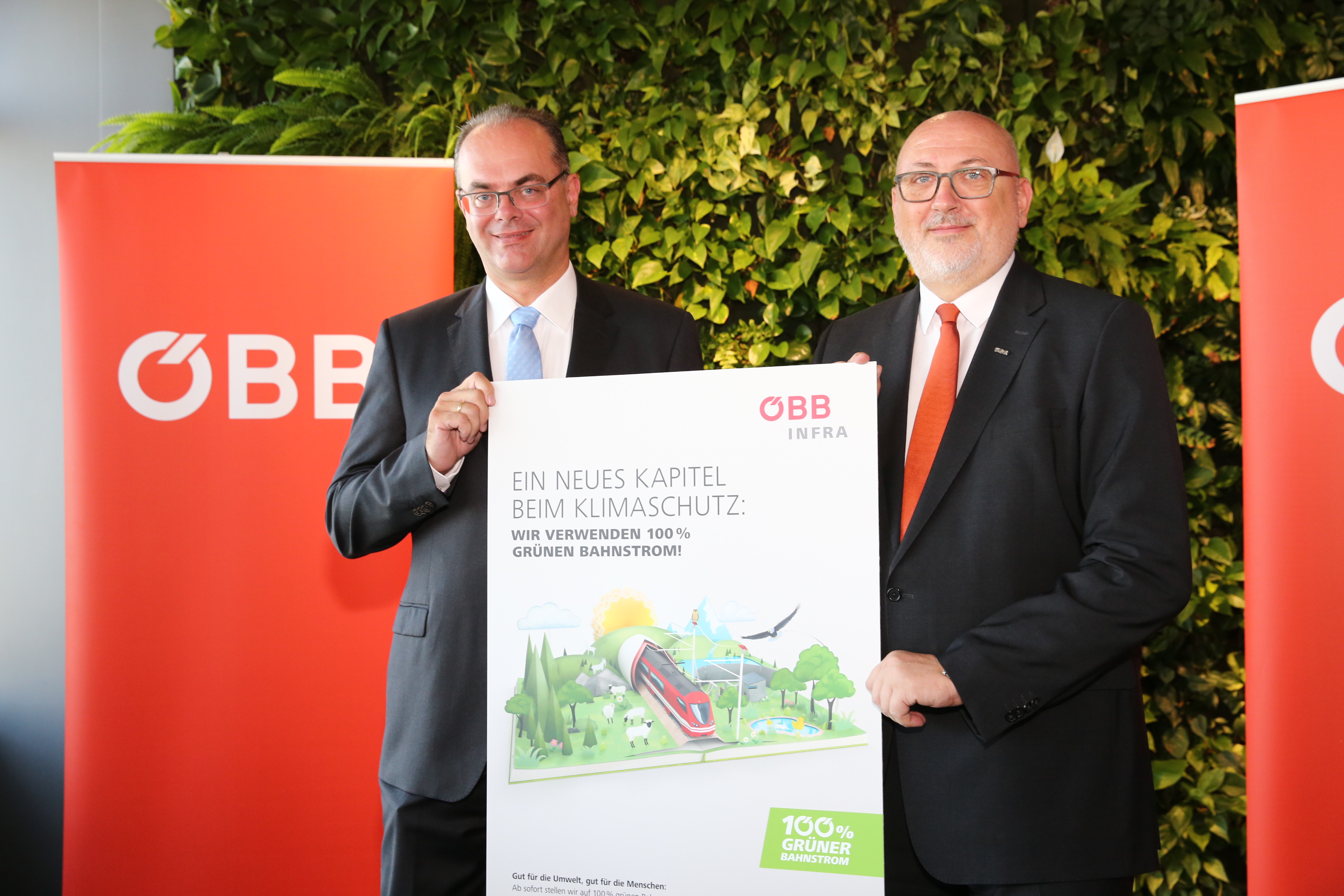 ÖBB-Infrastruktur AG is opening a new chapter in climate protection by switching its traction power supply to 100 per cent green electricity with immediate effect. So far, ÖBB was one of the most environmentally friendly railway infrastructure operators in Europe with 92 per cent renewable energy in the traction power supply. From now on, the electricity that moves the trains, passengers and goods comes entirely from renewable energy sources.

Since July 2018, ÖBB has been covering all of its traction power with renewable energy sources – mostly hydropower. Further steps on the way to a CO2-neutral group are the electrification of further railway lines, the conversion of the fleet to electric vehicles and the use of alternative propulsion technologies in trains that run on secondary lines and where an electrification would not be economically feasible.

ÖBB-Infrastruktur AG offers all railway companies 100 per cent green electricity throughout their rail network. The eight own hydropower plants, which generate around one third of the electric power required for traction, play a major role. In addition, there is the world’s first solar power plant for the power supply of rail traction in Wilfleinsdorf, Lower Austria. The in-house production of green electricity is planned to be further increased. Plans are to build further power plants in the future, which will provide green traction power from wind and solar energy.

The rest of the required electricity comes from partner hydropower plants and is sourced from the public 50 Hz grid. The origin of renewable energies is confirmed by certificates.

Together with Greenpeace, ÖBB has opened a whole new chapter in environmental protection this year, focusing on a phased plan to achieve CO2 neutrality and actions to use less energy. In the next five years, this will save 237,700 megawatt hours of electricity and 31,000 tonnes of CO2. Today, every tonne of freight transported by rail instead of by road saves CO2 and pollutes the environment 21 times less than road transport. The ÖBB Group carries 115 million tonnes of goods per year environmentally friendly to its destination.