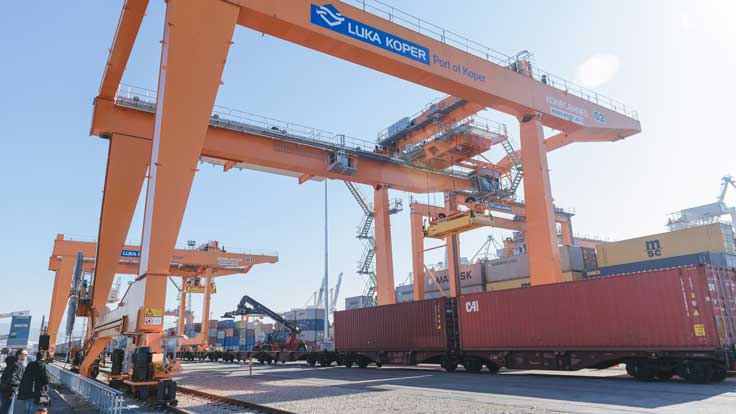 The remainder of the funds required to complete the new line will, it is envisaged, come from European grants (EUR 250 million), loans from international financial institutions and SID banka (EUR 250 million) and loans from commercial banks (EUR 167 million). EUR 6 million will come from an increase in fees for users of railway lines in the Slovenian core network; these will be collected while the new track is being constructed.

The investment programme foresees the original single-track line being upgraded to a two-track line in the future. It therefore takes into account the requirement to increase the diameter of three service tunnels accordingly.

The project will be paid for in full with new levies to be paid by infrastructure users. Carriers of freight by road, rail and through the Port of Koper will pay a surcharge on the toll and throughput tax, in addition to a usage fee for the second track and an increased usage fee on the core (TEN-T) network.

The operations in the Port of Koper and its competitive advantage depend on efficient railway services. The modal split is manly in favour of rail transport, with 59 percent of the goods that arrived or left the port on rail (based on 2018 figures). As two thirds of the cargo in Koper port gravitate to the markets of Central and Eastern Europe, additional rail connections are key to the further development.