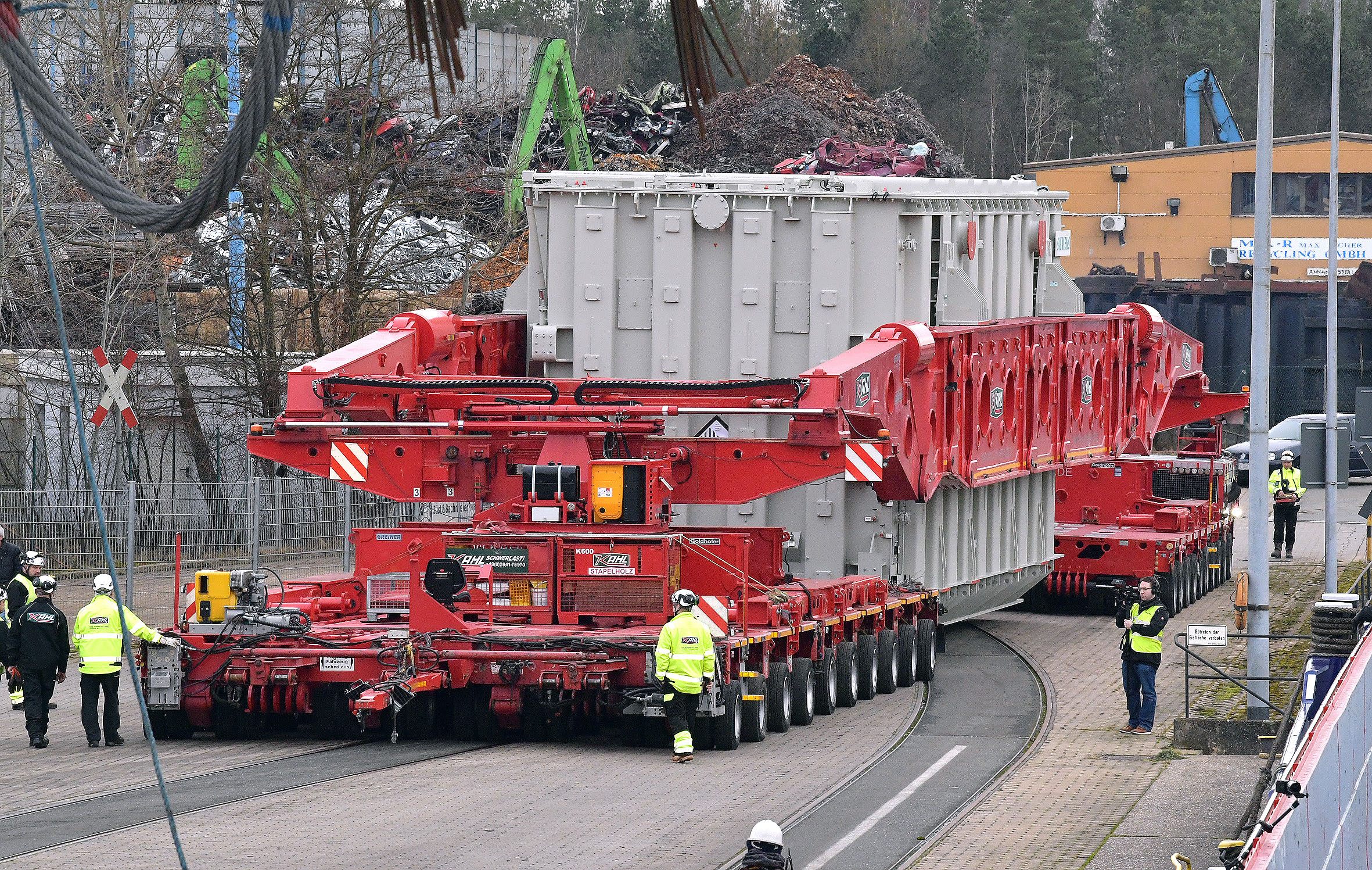 At the end of January, André Krause, Project Manager at the Kahl Group, and his team gave the “go-ahead” for a superlative heavy-haulage

operation: the world’s most powerful transformer, a Siemens 1100 KV UHVDC with a deadweight of 535 tonnes was to be transported.

Starting from the Siemens plant in Nuremberg: the rig reached the port of Nuremberg after an operation lasting just under 20 hours. There the transformer was loaded onto a barge to take it to Antwerp, where the

3,300 km long journey to China continued by sea. André Krause, Project Manager at the Kahl Group, concludes: “This mega transport operation was a successful premiere for us; we have another three of these giant cargos coming up for the power gen industry.”