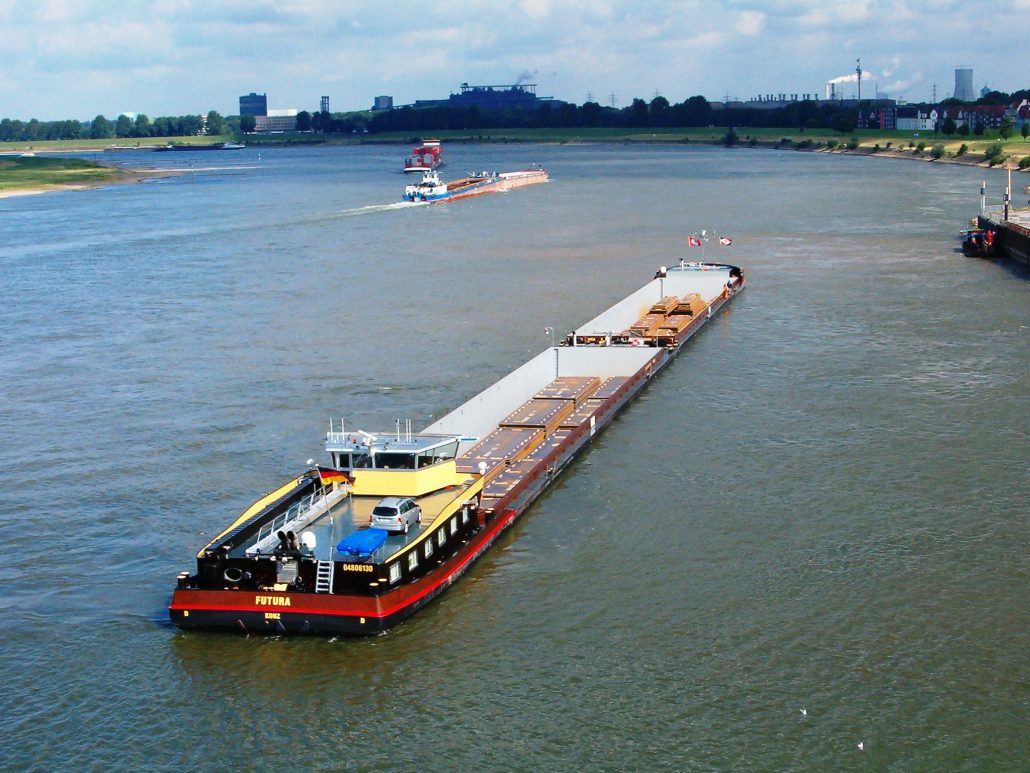 The long dry period in summer and fall of 2018 has led to inland waterway transport being pushed to the limits of its efficiency due to the extremely low water situation on German rivers. Despite forward-looking planning, ongoing dialogue with customers and extensive experience in dealing with varying water levels, historical low levels on the Rhine, Elbe and Danube made the supply of goods considerably more difficult by the significantly reduced unloading depths of the ships.

However, the extreme low water in 2018 also clearly shows the effect bottlenecks in the German waterway network has on shipping. The Federal Association of German Inland Navigation (Bundesverband der Deutschen Binnenschifffahrt e.V.,BDB) therefore demands that inland waterway transport projects identified in the Federal Transport Infrastructure Plan 2030 and the Waterways Development Act be tackled as soon as possible. This also applies to refurbishment measures not anchored in this plan.

The 69-kilometre section of the Danube between Straubing and Vilshofen puts a considerable limit to inland navigation in southern Germany. Solutions have been discussed for years, with the result that the expansion variant “C280”, favoured by the shipping industry, was suddenly eliminated by Bavaria’s Prime Minister Horst Seehofer. The Bavarian Cabinet had then decided in February 2013 for a so-called “gentle” Danube extension according to the variant “A”. “However, inland shipping is still waiting for it to be implemented today,” complains the BDB.

A concrete aim of the improvement of the navigation conditions is the increase of the unloading depth by enlarging the channel depth by at least 20 centimetres at low tide. This should be done by optimising existing ones, and the construction of new hydraulic engineering control structures. The announcement by the Directorate-General for Waterways and Shipping that the planning approval decision announced by mid-2018 is not expected to be issued until the summer of 2019 was a throwback for the shipping industry.

The section between Mainz / Wiesbaden and St. Goar on the Middle Rhine is in its present state of development a bottleneck for inland waterway transport on Europe’s most important waterway. The reason for this is that the released fairway depth is only 1.90 meters, while both, up and downstream of the section, 2.10 meters below the equivalent water level are reported. Thus, the transport capacity of passing ships is significantly reduced on many days of the year – on the entire route of the ship from the starting point to the destination.

With implementation of the “unloading optimisation”, the depth bottlenecks are therefore to be eliminated in order to increase the utilisation of the transport capacities. The need for action is enormous. Every year, this section of the Rhine is used by around 50,000 freight ships carrying approximately 60 million tonnes of freight. Forecasts assume that freight volume in this area will rise to more than 75 million tonnes.

A consistently well-developed network of waterways ensures that even at low water levels transport by inland waterway can be planned and carried out longer, BDB President Martin Staats (MSG, Würzburg) confirms in a press release.