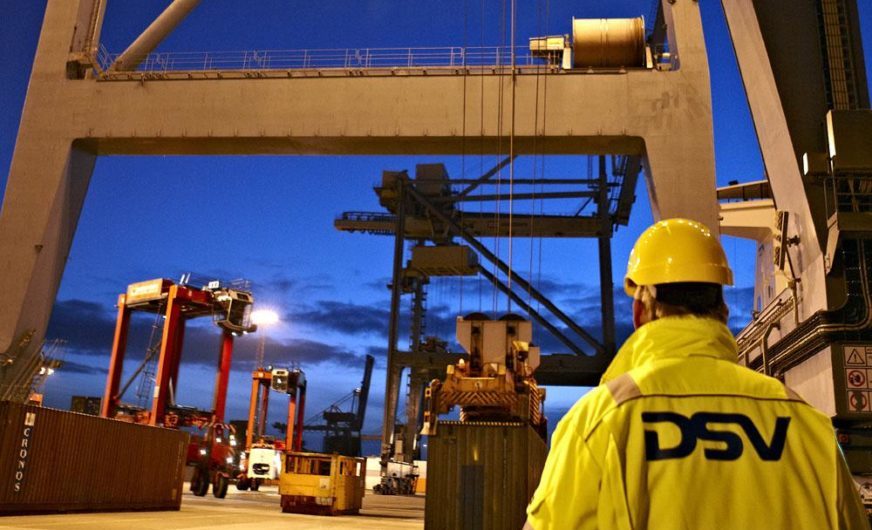 A large part of Panalpina’s business is switching to the Danish logistics company’s air and ocean freight division – DSV Air & Sea plans to handle 300,000 TEU of ocean freight and 290,000 tons of air freight in Germany. New locations in Dresden, Kassel, Kehl, Weiterstadt and Bad Waldsee will also be added.

Existing locations in economically strong regions such as Hamburg, Frankfurt, Stuttgart, Nuremberg and Munich will be significantly increased, with all German stations in princip will be enlarged. In addition, DSV Air & Sea will use Panalpina’s warehouses and transshipment facilities in Hamburg for handling LCL general cargo shipments as well as Buyers Consolidation, so that customers will be served entirely from its own network.

In addition, there is extensive customer and volume growth in the important key account segment. DSV is gaining significant industry-specific know-how in the automotive, pharmaceutical/healthcare, industrial and perishables sectors.

Increased use is now to be made of cross-selling potentials from which the Road Division in particular will benefit, especially as Panalpina customers have so far had to be served mainly outside the network. In addition, DSV Road will open new offices in Nuremberg and Stuttgart. A new general cargo depot is to be built in Hamburg, which will handle groupage freight for Germany and the whole of Europe.

Capacities are also being expanded in the warehouse segment. The existing Panalpina logistics centers in Düsseldorf, Munich, Weiterstadt, Neu-Isenburg and Neuenstadt am Kocher, with a total of over 60,000 m² of warehouse space, complement the Solutions Division’s portfolio and ensure broader coverage in the regions.

At a global level, the acquisition of Panalpina will make DSV one of the largest transport and logistics companies with pro-forma revenues of around EUR 16 billion and 60,000 employees in 90 countries. In Germany, DSV has integrated one of the strongest national companies in the Panalpina network, increasing its workforce by some 2,000 new employees to a total of over 6,000.