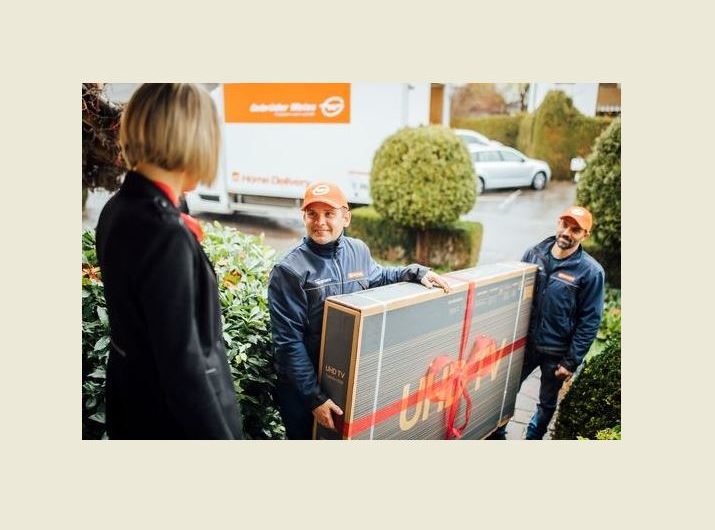 Most orders from end customers are made during the pre-Christmas period. At Gebrüder Weiss, the booming e-commerce segment resulted in a record high in the Home Delivery division: in Austria and Eastern Europe, the transport and logistics service provider is expected to report some 1.1 million shipments this year (projection). That is equivalent to an increase of 24 percent by comparison with the previous year (2018: 885,000). Gebrüder Weiss once again confirms its market leadership in Austria with 385,000 shipments (2018: 335,000).

“The current figures demonstrate that our services are much in demand. This year, most orders were again made on special promotion days such as Black Friday and Cyber Monday. Ever since, we have been transporting clearly more shipments than in previous months. We expect that trend to continue until Christmas,” says Martin Treffer, Product Manager Home Delivery at Gebrüder Weiss. In Austria alone, 15,000 orders have come in during the last week of November, the majority being for washing machines and refrigerators.

The Home Delivery service delivers household appliances, furniture and consumer electronics that are ordered online directly to the home of the end consumer. Two employees ensure electronic devices are connected on site and the furniture assembled. This year, Gebrüder Weiss is deploying some 500 employees and 270 vehicles to provide end consumer services.

“We are not only leading the market in Austria, but are also growing our market shares in Eastern Europe,” says Martin Treffer. This year the two fastest growing Eastern European countries are Slovakia and the Czech Republic with 165,000 and 140,000 shipments, respectively. The Home Delivery division of Gebrüder Weiss reports growing market shares in Hungary, Croatia, Serbia and Romania as well.