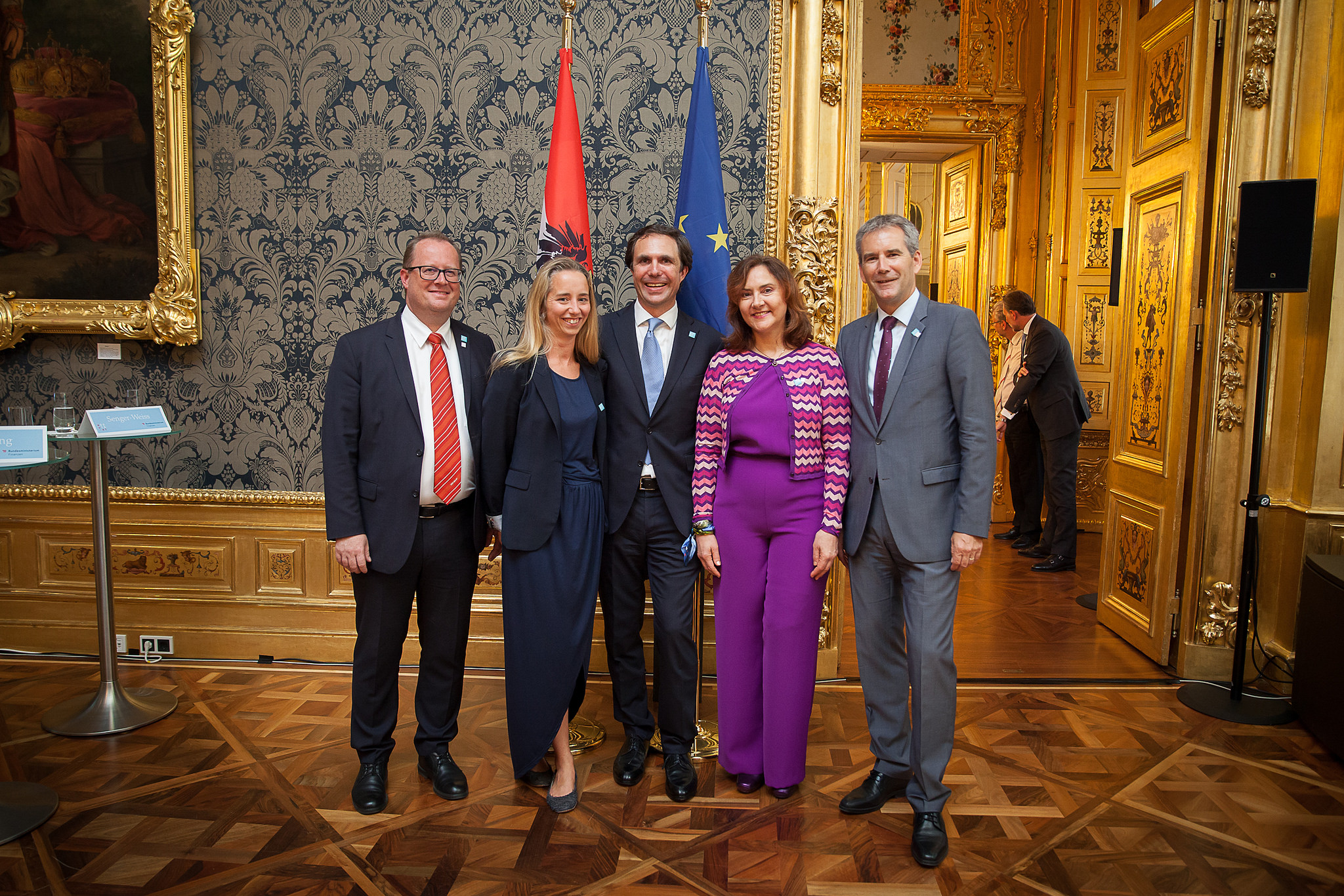 “The European Customs Union has achieved a lot,” says Hartwig Löger, Minister of Finance, on the occasion of the 50th anniversary. On this anniversary, which coincides with the assumption of the Austrian EU Presidency, the Ministry of Finance invited to a ceremony. Numerous national and international guests from industry and administration came on 4 July 2018 to the winter palace of prince Eugen.

“The EU Customs Union is not only the largest and most efficient customs union in the world, but also an important pillar for the EU’s success as an economic community. Without the proper functioning of the customs union, both internally and externally, there would be no free movement of goods between the member states”, explains Hartwig Löger.

The duties of the Customs Union are very diverse and range from security and protection to the promotion of the competitiveness of the business location and securing the EU budget.

High-profile personalities such as Wolfram Senger-Weiss, board member at Gebrüder Weiss, and Valerie-Lisa Szczepanskis from the management board of the well-known Austrian confectionery manufacturer Josef Manner & Comp. AG discussed the future of the Customs Union.

As head of the department and current chairman of the European Council of Ministers for Economic and Financial Affairs, Löger emphasised in his closing speech: “We know that the challenges in international trade and for the Customs Union will become even more complex and fast-paced, but we will look into it in the legal bases, personnel and through appropriate IT support.”

To this end, the Austrian Presidency is setting an important initiative in the form of a common charter of the customs administration. He will sign this political statement with his fellow minister and Commissioner Moscovici in Brussels on 12 July, announces Hartwig Löger. This is to ensure that the Customs Union continues to be a strong pillar of the internal market, with a focus on protecting citizens and simplifying trade.