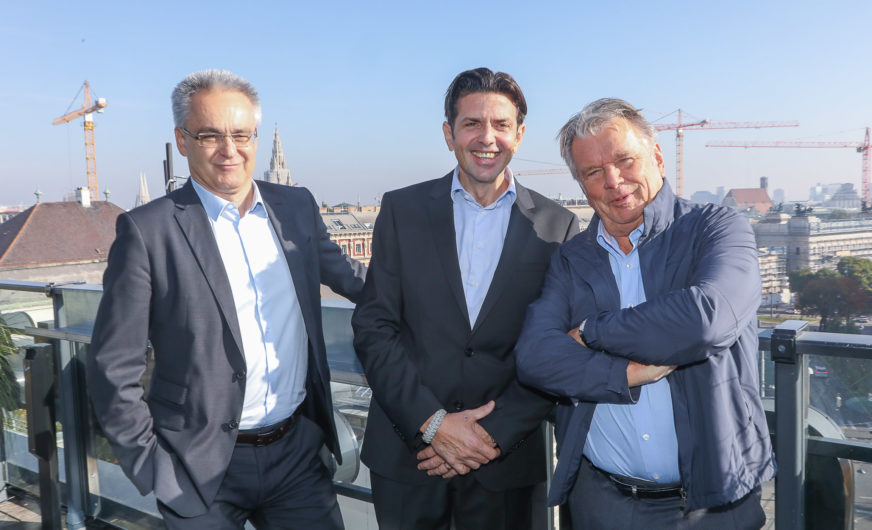 At a press conference in Vienna on October 24th, the initiators Reinhard Bamberger and Jan Klima, and investor Hans Peter Haselsteiner informed about the founding of a new company – a start up company operating in European rail freight transport under the name “Frachtbahn Traktion GmbH”.

“There will be modest synergies with Westbahn,” said Hans Peter Haselsteiner, co-owner of the private Westbahn, co-owner and longtime CEO of Strabag, and initiator of Frachtbahn. Thus, the newly founded company will agree service contracts with Westbahn in another instance.

“We see an opportunity”, Hans Peter Haselsteiner is convinced. With a team of twelve, the first trains will be put on the rails by mid-2020. “We rent, buy or lease as many locomotives as we have customers,” he continued. A clear focus lies on block train traffic in Central Europe. A China transport is hence excluded.

For Reinhard Bamberger, Managing Director at Donau Rail and Regionalbahn, the intention to found a company is clearly in line with the climate issue: “We hope to be able to hand over our world to future generations in a better state than it seems now.”