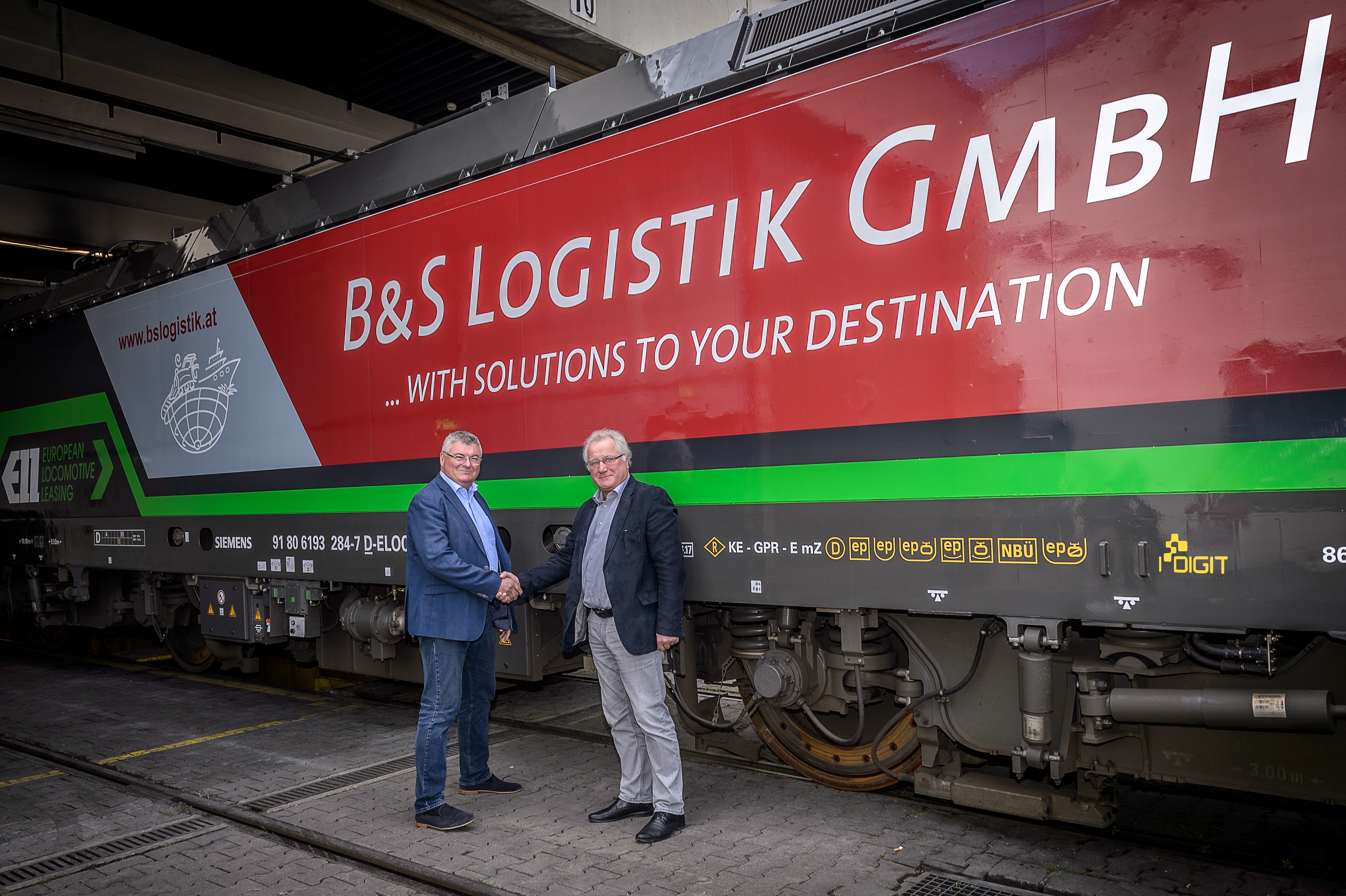 On June 23, 2018, the first Vectron locomotive in the design of B & S Logistik GmbH was put to rail by the longstanding partner WLC (Wiener Lokalbahnen Cargo). This underlines the cooperation of the two companies. The Vectron will be used for transports in Austria and Germany.

Founded in September 2007, B & S Logistik has become an international rail logistics specialist with 20 employees at its own locations in Vienna (headquarters), Salzburg (since 2008) and Bratislava (since 2011). The leased rail volume of 1.2 million tonnes (2017) is made up by wood, paper, chemical, agricultural, steel and automotive sectors, with a focus on Sweden, Belgium, the Netherlands, Germany, Austria, Italy, the Czech Republic, the Netherlands and Slovakia.