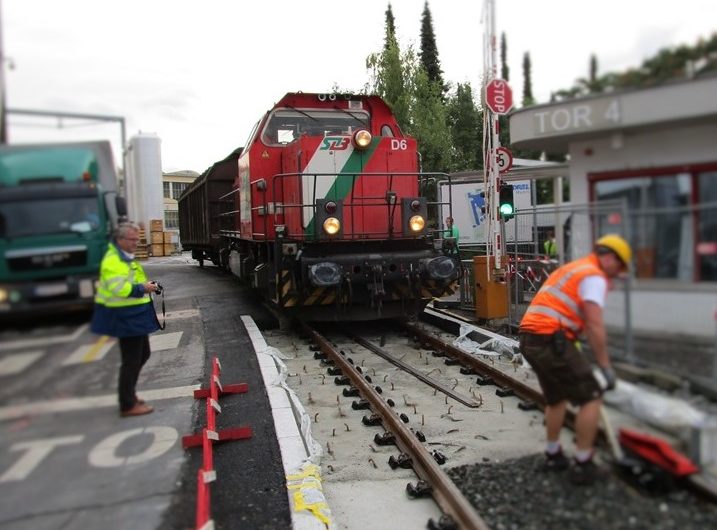 In the course of the project to extend the railway tracks to Weiz, since May there have been intense works to redesign the connecting railway of Andritz North – as a separate track in a lateral position. On 22 July, at 11.55 am the last transformer was operated on the “old” connecting railway in the middle of the street. The track was closed immediately after this.

After a four-weeks construction period the first train was operated on August 22, (a shunting operation) from the Weiz railway station to the company premises of Andritz and Siemens.

“Further stages of the workflow in the next weeks and months, apart from the remaining work on the tracks, include the track for passenger transport towards the training center, the work on the security technology components, the design of the stops and the reconstruction of the northern head of the Weiz railway station”, informs the Styrian railway company Steiermärkische Landesbahnen (STLB).