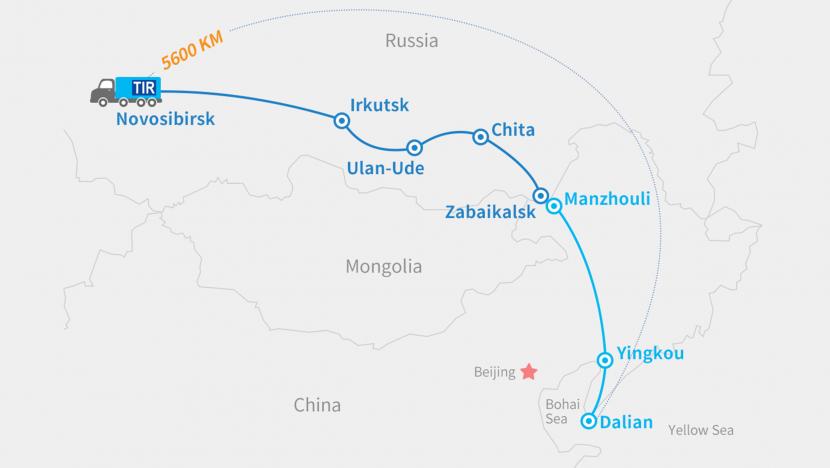 The world’s biggest trading nation opened its borders for TIR operations on 18 May. Offering time savings in China of up to 80 per cent, the global customs transit standard connects 73 countries across the world and is a cornerstone of the Belt and Road initiative to boost economic and trade development.

With the potential to increase the total trade volume among China and other major countries along the Belt and Road route by up to USD 13.6 billion, representing 1.4 per cent of China’s total volume of trade exports, the activation of TIR will see Chinese goods going global with greater efficiency, while foreign imports will be faster and safer. The development shows the country’s commitment to seeking mutual benefit, and a two-way opening up of international road transport.

The opening ceremony in Dalian gathers transport and customs leaders from China and Russia to celebrate the historic milestone. Attending the event, Secretary General of IRU, Umberto de Pretto, commented, “TIR is set to transform China’s links with its neighbours, bringing benefits across the region and facilitating the goals of the Belt and Road initiative. The start of TIR operations sends a strong signal to the world that China is opening up its markets and connecting more efficiently across its borders.”

The first caravan transport, left Dalian in China to embark on the 5,600 km journey to Novosibirsk in Russia. TIR is expected to play a pivotal role along the new route by expediting customs clearance and efficiency, therefore facilitating trade connectivity.