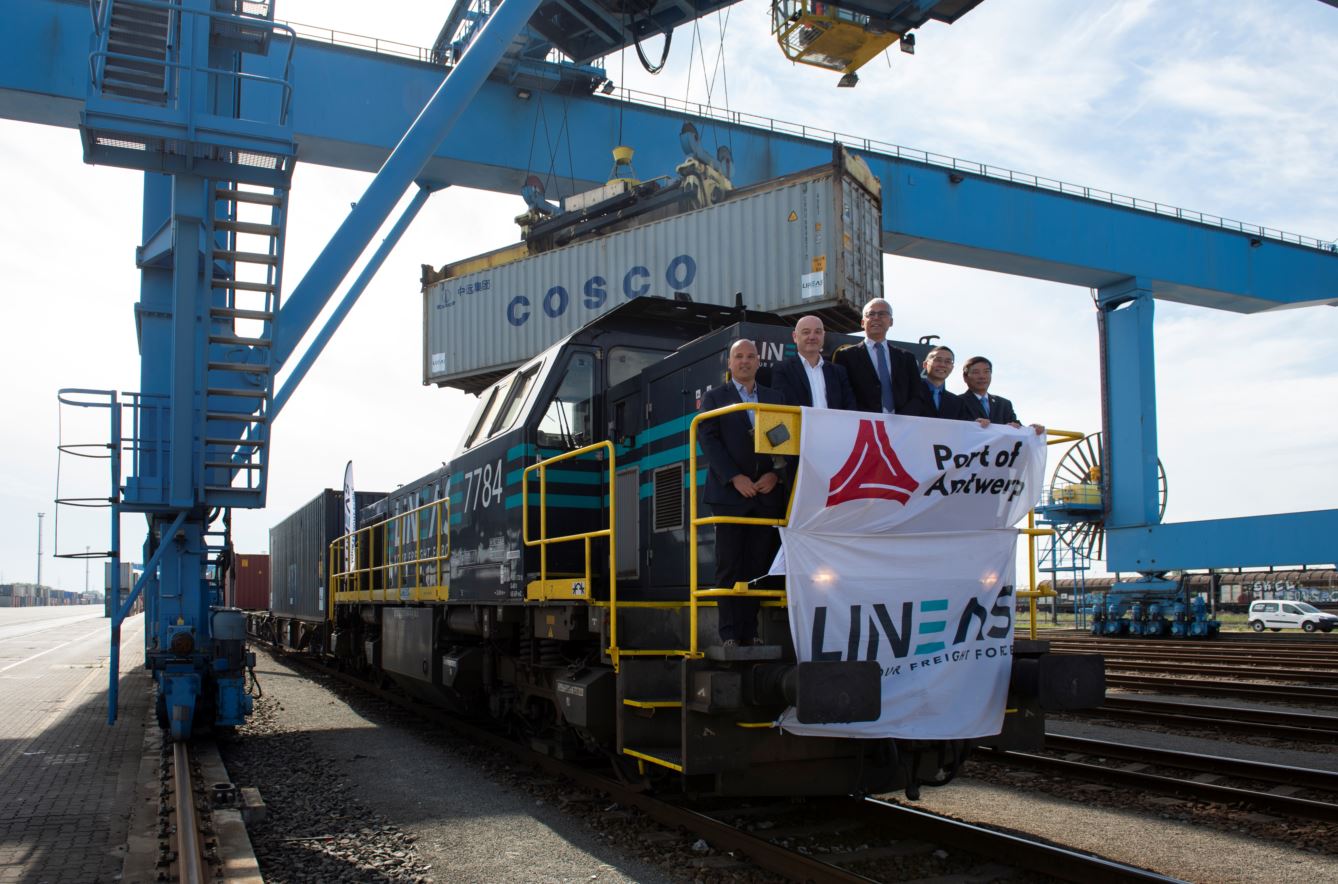 On 12 May, the first Silk Road train exclusively destined for Antwerp has arrived. The train left the Chinese port of Tangshan on 26 April and travelled via the border crossing of Alashankou, Kazakhstan, Belarus, Poland and Germany to reach its final destination, the port of Antwerp, after 16 days and having covered a distance of 11,000 kilometers. It is the fist ever direct train from China to Antwerp.

The train is part of the ‘Belt & Road Initiative’ (BRI), the ambitious development programme of Chinese President Xi Jinping. The initiative provides for enhanced Eurasian connectivity through major infrastructure projects and restoration of the Silk Road, the historic trade route between Europe and the Far East which, in addition to the traditional maritime link, an efficient land bridge link.

The service is an initiative of Tangshan City & Tangshan Port, in collaboration with the Chinese state-owned shipping company Cosco Shipping Lines and the Chinese Railways (CRCT). The consignee is Cosco Shipping Belgium, which will ensure the forwarding to the end customers. The train was loaded with a total of 34 containers, containing industrial minerals for use in various industries and productions such as paper and ceramics, toothpaste and cosmetics. They are unloaded at Euroports, which will transport them to their bulk terminal for subsequent distribution in Europe.

Luc Arnouts, Director International Networks, Antwerp Port Authority: “This direct train link puts our port on the BRI map and will further strengthen our ties with China. We have long been working on this project, which represents an important milestone in our trade relations with China.”

Marc Van Peel, port alderman, adds: “China is the fourth biggest partner country for Antwerp, with an annual traffic volume of nearly 14 million tonnes of goods. Antwerp is ideally located on both the maritime route and the rail route between Europe and China, and our port is perfectly capable of acting as a transhipment port for trade between China and Africa via rail link.”

Geert Gekiere, Managing Director Euroports Belgium: “We are proud and honoured to have the privilege of unloading and further handling the majority of the load of this first direct train between China and Antwerp. We encourage our customers to optimise their supply chain, which is why virtually all of our terminals support both road, rail and water connections. Transport from the Tangshan region via conventional container ships on average takes +35 days, but this train manages to do it in a record time of 16-20 days, and at relatively low costs.”

The local Chinese government is planning to run a direct train to Antwerp once or twice per month. To this end, Tangshan City is striving for closer cooperation with the Port of Antwerp and intends to sign an MOU/Sisterhood Agreement with the City of Antwerp. CRCT (Chinese Railways) is currently investigating the feasibility of setting up a commercial office in Europe.