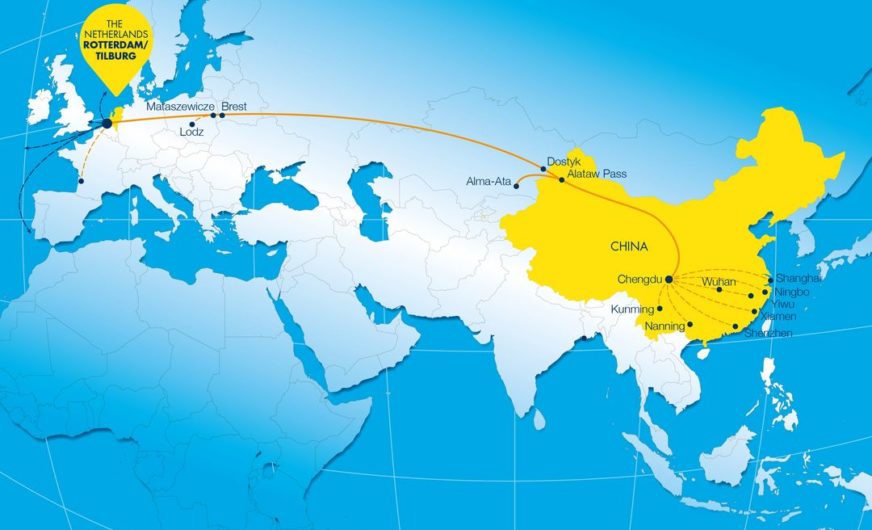 The first rail shuttle between China and the Netherlands is a fact. The service was launched by the Chinese rail operator CDiRS in June, and now the Chengdu-Tilburg-Rotterdam-Express is in full operation. At the moment, this is a weekly service, however, the ambition of CDiRS and its Dutch partner, RailPortbrabant, part of the GVT Group, is to run the service five times a week as of late next year.

The Chengdu-Tilburg-Rotterdam-Express reaches its destination ‘door-to-door’ in 15 days and crosses Kazakhstan and Moscow. Chengdu offers railway connections to Chinese cities, such as Shanghai, Ningbo, Wuhan, Yiwu, Xiamen, Shenzhen, Nanning and Kunming, as well as to Vietnam and South Korea.

“By sea, Rotterdam is already the most important European destination of Chinese cargo. Thanks to this shuttle, we are now also adding a fast connection by land. We strongly believe in this concept, partly because a large part of Europe can efficiently be reached via the excellent short sea connections from Rotterdam. And vice versa, of course,” says Allard Castelein, CEO of the Port of Rotterdam Authority.