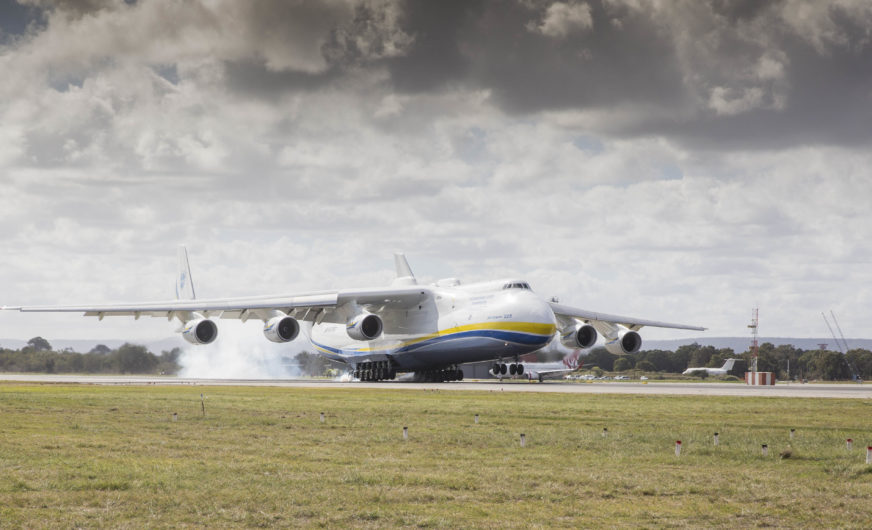 The turbo-generator was manufactured in Pilsen and its commissioning will be made near of Perth in West Australia. For the transport DB Schenker used the world biggest cargo aircraft. Mrija is the longest and simultaneously the heaviest aircraft which has ever been constructed. It arrived Perth in 15 May.

The selected transport type placed DB Schenker against another challenge to be confronted. In the case when a consignment of such weight and capacity is usually sending over the sea it is put in completely wooden package with construction elements defining and allowing the manipulation. But in the case of aircraft interior the situation is different.

„There was not an option for any protective wood package because this huge generator will be covered with a special canvas for possibility to fix it in safe way within the aircraft interior and it was necessary to weld on the generator up to thirty six fixation points after an agreement with the air company which is responsible for proper cargo fixing,“ describes Pavel Trnka, Manager of oversized transports at DB Schenker in Czech Republic.

Mrija departure departed Prague on Thursday in the morning. The An-225 was refueled three times on its way to Perth. Layovers were in Turkmenistan, then in India and lastly on an airport in Indonesia.