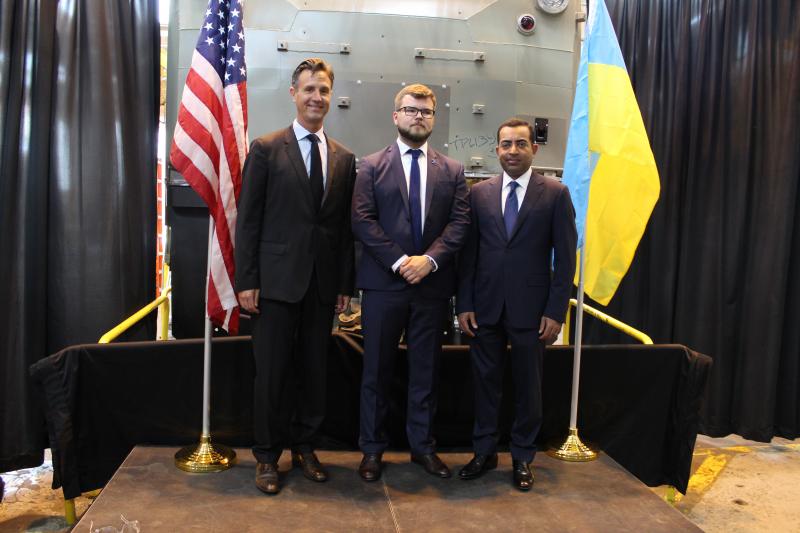 GE Transportation and Ukrainian Railways celebrated on 10 July the first GE Evolution Series locomotive to be built as part of a USD 1 billion framework agreement signed in early 2018. It is the first of 30 locomotives that are being built this year in support of the railroad’s effort to upgrade its fleet. Other items of exploration under the framework agreement include additional locomotives over 10 years, the modernization of locomotives in the railway’s legacy fleet, as well as long-term maintenance services.

“This locomotive represents the next step in Ukraine’s long working relationship with GE,” said Yevgen Kravtsov, Acting Chairman of the Management Board of Ukrainian Railways. “Our partnership will not only upgrade our fleet, but modernize Ukraine’s transportation infrastructure and further cement our country’s position as a key transit hub between Europe and Asia and ensure Ukraine’s export potential. It also will spur local economic development and job growth.”

Production for the first 30 locomotives is taking place in the U.S., with final assembly and other work localized in Ukraine to bolster job creation and economic development in the country. “This project demonstrates the growing cooperation and support of our partners in Ukraine,” said Yuvbir Singh, Vice President of Equipment for GE Transportation. “Our partnership will transform Ukraine’s rail network and foster growth for our customer and the country. This locomotive is the ideal solution for Ukrainian Railways to achieve those goals in a competitive market.”

The new locomotives will support the significant demand for Ukrainian commodities. Ukraine is a top-10 global producer of wheat and corn, as well as a top-15 steel producer. Ukrainian Railways needs the locomotives to haul bulk agricultural goods and metals products to market. With over 90% of the country’s current diesel fleet past its planned service life, the framework agreement provides an opportunity to improve network capacity, boost exports to global markets, and further drive long-term economic growth.