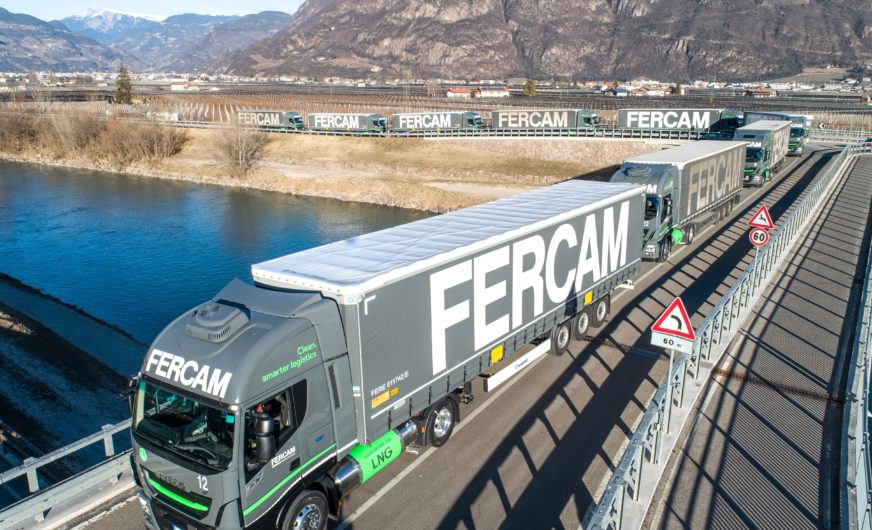 In 2018, Fercam AG from Bolzano was able to continue the strong growth of recent years and consolidated its position as the leading European logistics company. During the past financial year satisfactory growth rates were also achieved in most of the 16 European and non-EU country markets where the company operates independent subsidiaries. The international logistics company generated consolidated sales of EUR 811 million in the financial year 2018, an increase of 7.1 per cent over the previous year.

In all business units, the targets set for 2018 were achieved, leading to a new record result. In addition, market shares were gained in all business areas, from land transport by road and rail, to logistics, distribution, air and sea freight.

Among the Fercam companies abroad, the Austrian subsidiary Fercam Austria, which celebrated its 10th anniversary in 2018, was able to report particularly good results. Since its founding in 2008, the Austrian subsidiary has posted a consistently positive development, contributing to Fercam’s total sales in 2018 with an annual turnover of almost EUR 92 million and expanding all five locations. In the late autumn of 2018 Fercam Austria was awarded the Austrian Hermes.Wirtschafts.Preis 2018 in the category logistics.

In other European countries, Fercam relies, in addition to its own foreign subsidiaries, on a network of more than 400 European branches with long-standing partners. In the future, the management will continue to invest abroad in the areas of full loads and logistics as well as air and sea freight into new branches promoting organic growth, mainly in France, Poland and the Balkans, and probably also in the Ukraine.

“Ten years ago, 70 per cent of the routes we covered had their origin or destination in Italy, Spain or Germany; the situation has changed completely. Above all, the volume of traffic to and from the new EU states has developed strongly and countries like Poland are playing an economically important role,” Hannes Baumgartner, Managing Director of Fercam AG, explains the market situation. Despite the rather cautious economic forecast for 2019, Fercam expects global trade to grow, because of the positive trend in online trade, in particular.

The South Tyrolean Fercam AG, headquartered in Bolzano, with its approximately 3,350 own load units and more than 1,200,000 m² of storage space, is one of the leading transport and logistics companies in Italy. The company’s services include international full-load road and rail transport as well as worldwide sea and air freight transport, national general cargo and numerous logistics services.

Fercam has 93 branches across Europe, 63 of them in Italy, 24 throughout Europe through its own subsidiaries and another six in Turkey, Tunisia, Morocco, Serbia and Albania. Since the beginning of this year, Fercam has also had its own local facilities in the Far East – in Hong Kong, China and Japan. The company currently has 2,100 employees and almost 4,000 external employees.