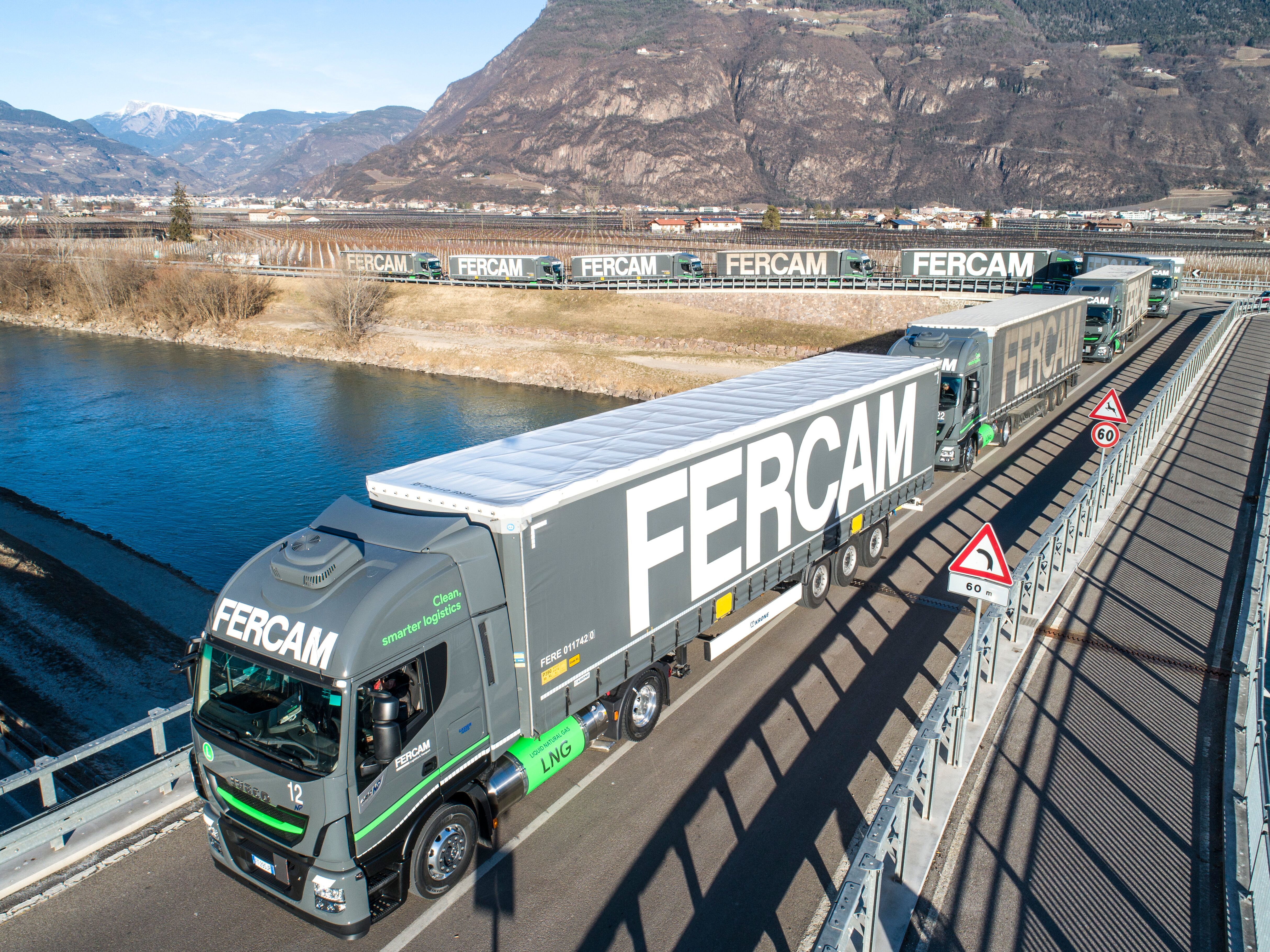 In a nutshell, “clean, smarter logistics” is one of the strategic goals set by the South Tyrolean logistics provider Fercam AG for 2019. The international family-owned company is gradually replacing its diesel fleet with 460 hp LNG vehicles to increase sustainability in transport. First, 12 Iveco Stralis with LNG propulsion will be operated in shuttle traffic on the Brenner corridor between Verona and Munich.

The aim of this strategic decision is to contribute to solve the emission burden on busy transit routes while strengthening their own competitiveness. The new fleet was launched with the completion of the first LNG filling station in Vipiteno last autumn, which has for the first time guaranteed refueling safety along the Brenner corridor.

The switch to natural gas propulsion means a more than 20 per cent higher initial investment compared to the conventional diesel 40-tonnes truck of the Euro VI emission class. But it almost eliminates the emission of fine dust and nitrogen oxides. According to the manufacturer Iveco, the emission levels of LNG trucks are 60 per cent lower for NOx and as much as 99 per cent lower for particulate matter.

A gasoline engine is also much quieter than a diesel engine. In particular at night, the use of a liquefied natural gas fleet would halve the noise pollution of local residents along the main traffic routes.

“I am convinced that environmental pollution can be significantly reduced by innovative technologies such as LNG. LNG as an alternative fuel for trucks is an immediate and sustainable solution for busy transit routes, such as the Brenner and other transalpine routes. An easing or exemption from the night driving ban in Tyrol for LNG-powered trucks could be an effective incentive for sustainable transport fleet investments for the entire Brenner cross-border transport sector, just as it is already approved in Germany by motorway toll relief for alternative propulsion,” emphasises Fercam President Thomas Baumgartner.

The use of LNG is an advantage in particular for shippers. “In addition to safety and reliability in transport, industry and trade are placing increasing emphasis on low emissions as part of their environmental balances. Our philosophy is to proactively meet the needs of our customers. In Spain, we are already using LNG much to the delight of our customers and know that LNG is a competitive advantage,” says Fercam CEO Hannes Baumgartner.