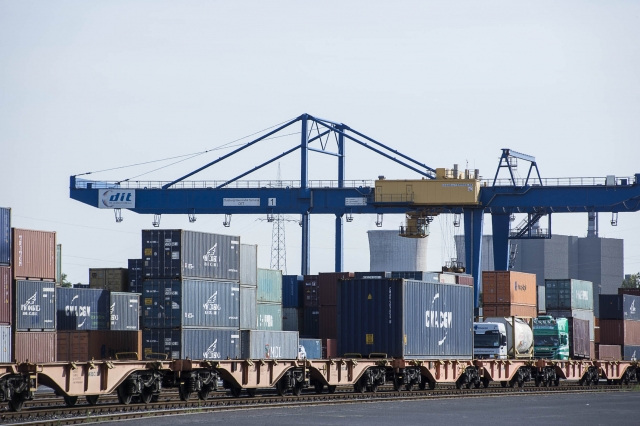 Due to the spectacular growth of FELB’s market share, February was marked as the month of establishing new commercial offices, amongst others in Duisburg. Only four weeks after opening, Far East Land Bridge (FELB) started one of the first own direct trains to/from Duisburg towards Brest within the European railway network. The new train was organised in collaboration with duisport and Belintertrans and is expected to bring the company on a new level of success.

As a result of own trains extension to Germany, considering that Hamburg is currently also served with own direct train, FELB yet again improves transit time, punctuality and price structures. The ultimate objective is to establish a regular flow of own direct trains in Europe and to further push down costs, advancing the service for existing and potential customers.

In the beginning of March, a new LCL service from Shenyang to Hamburg will be launched with the goal to make a new valuable addition to the LCL product ex Suzhou and to increase this service in the northern regions of China.

“Due to the significant support by the RZD group through RZDL and TransContainer an incomparable market appearance of FELB in the specific segment is ensured,” the company announces.

Far East Land Bridge is specialized in transporting 40ft DV, 40ft HC and 20ft containers from the Far East (China, South Korea and Japan) to Russia/Europe and vice versa using the Trans-Siberian railway connection. Its clients can gain significant financial advantages from the short transit time of 14-22 days (depending on volume and relation).