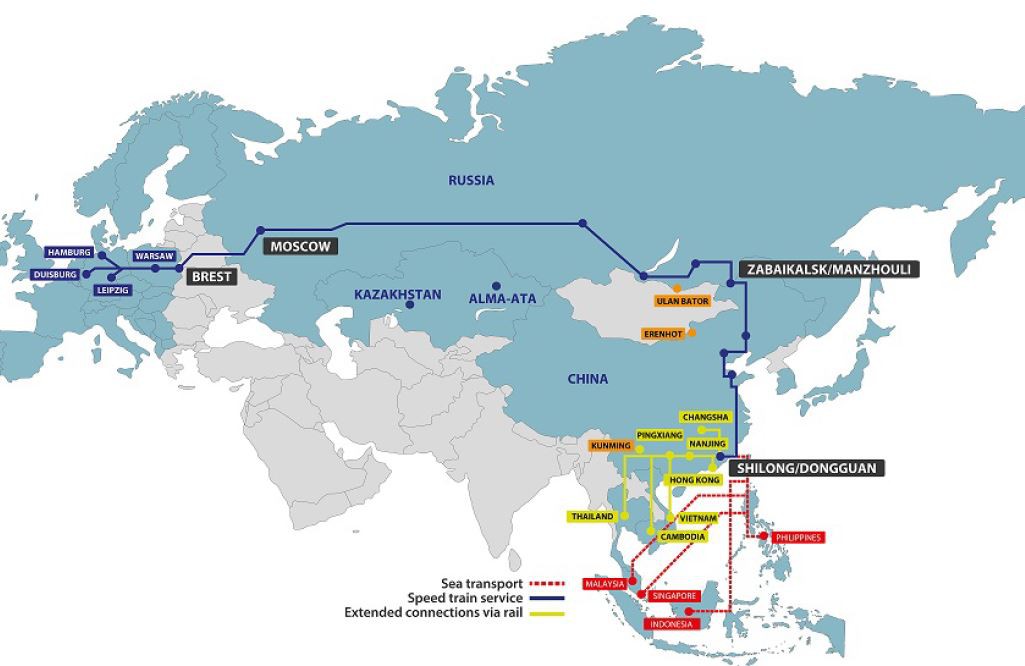 Far East Land Bridge Ltd. (FELB) again proves their role as main Asia-Europe railway operator and pioneer in this specific business field by launching the first train from South China to Europe and CIS. The departure terminal is Shilong, an excellent position to serve the southern regions in Asia.

The first westbound train will depart on 15 April 2016 on a basis of weekly departures to the destinations of Malaszewicze, Duisburg, Hamburg and Moscow, with a transit time varying between 15-17 days.

Shilong is situated in the north part of Dongguan prefecture-level city, in the southern province of Guangdong. The highly developed local railway transport system and the proximity to the Dongjiang River makes the city an important industrial centre of the region, granting access to a large range of industries such as fashion and electronics.

By activating this area in the set of FELB connections, the company is approaching not only the very southern provinces of China, but also countries such as Thailand and Vietnam.

After years of experience, FELB´s product range has strongly developed and has expanded into different industrial Chinese regions such as Changsha, Chongqing, Suzhou, Shenyang and Changchun, offering a weekly FCL and LCL service with transit-times <16 days. Furthermore, FELB serves many other terminals using its traditional concept based on the Chinese railway network and the short sea connections to South Korea and Japan.