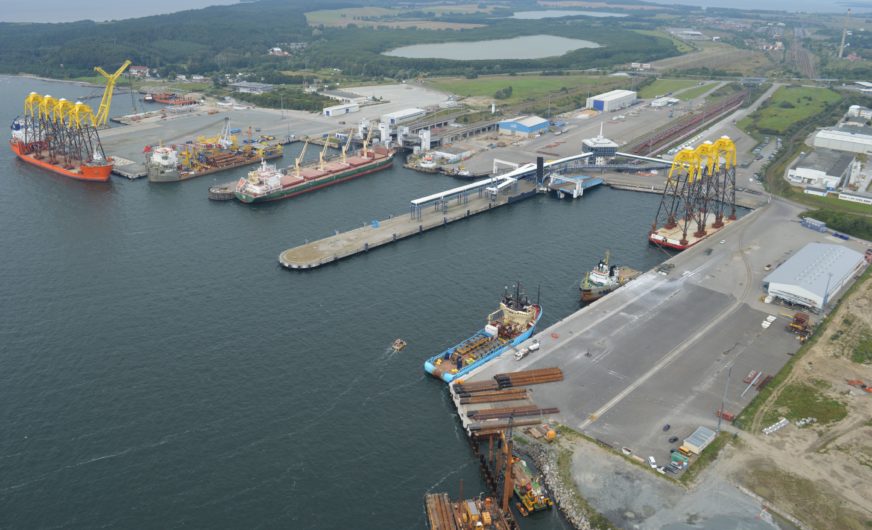 With a festive event, the 30th anniversary of the port was celebrated in Mukran Port. About 200 guests attended a varied program of lectures and discussions, informing about the initial planning of the site to the latest developments and projects. The Mukran Port is one of the most important economic and industrial sites in Mecklenburg-Vorpommern.

In the 1980s, the ferry port in Mukran was built as one of the last big transport projects of the GDR. The service between Mukran and Klaipeda (Lithuania) was launched in 1986 and was expanded to a liner service of five railway ferries by 1989. Until the end of the GDR, the territory was closed and not generally available.

Because of capacity limits in the city port of Sassnitz a new ferry terminal was built from 1995 and extensive renovation and expansion work was carried out at the existing berths to deal with the increasing passenger traffic to Scandinavia. After a two years construction period, on 7 January 1998, the Germany’s largest rail ferry port on the Baltic Sea was opened. Since that day the King line is operated from the port of Mukran, which was called the ferry port of Sassnitz since then.

With the umbrella brand “Mukran Port”, Fährhafen Sassnitz GmbH gained a new position in the market on 1 May 2016. The naming follows the transformation of the site in recent years from a pure ferry port to one of the most important industrial and commercial centres in Mecklenburg-Vorpommern. Moreover, Sassnitz-Mukran is the linchpin for establishing and the future operation and maintenance of offshore wind farms in the German Baltic Sea.

As one of the few ports in the Baltic region Sassnitz-Mukran has 170 hectares, which is a generous supply of space. Germany’s easternmost deepwater port is open to all ship classes sailing in the Baltic Sea. It is located directly on the open sea, allowing the shipping industry uncomplicated calls in the port. Therefore, time-consuming ground rides and pilotage are no longer necessary. The port and railway station offer a total of around 90 kilometers of tracks.