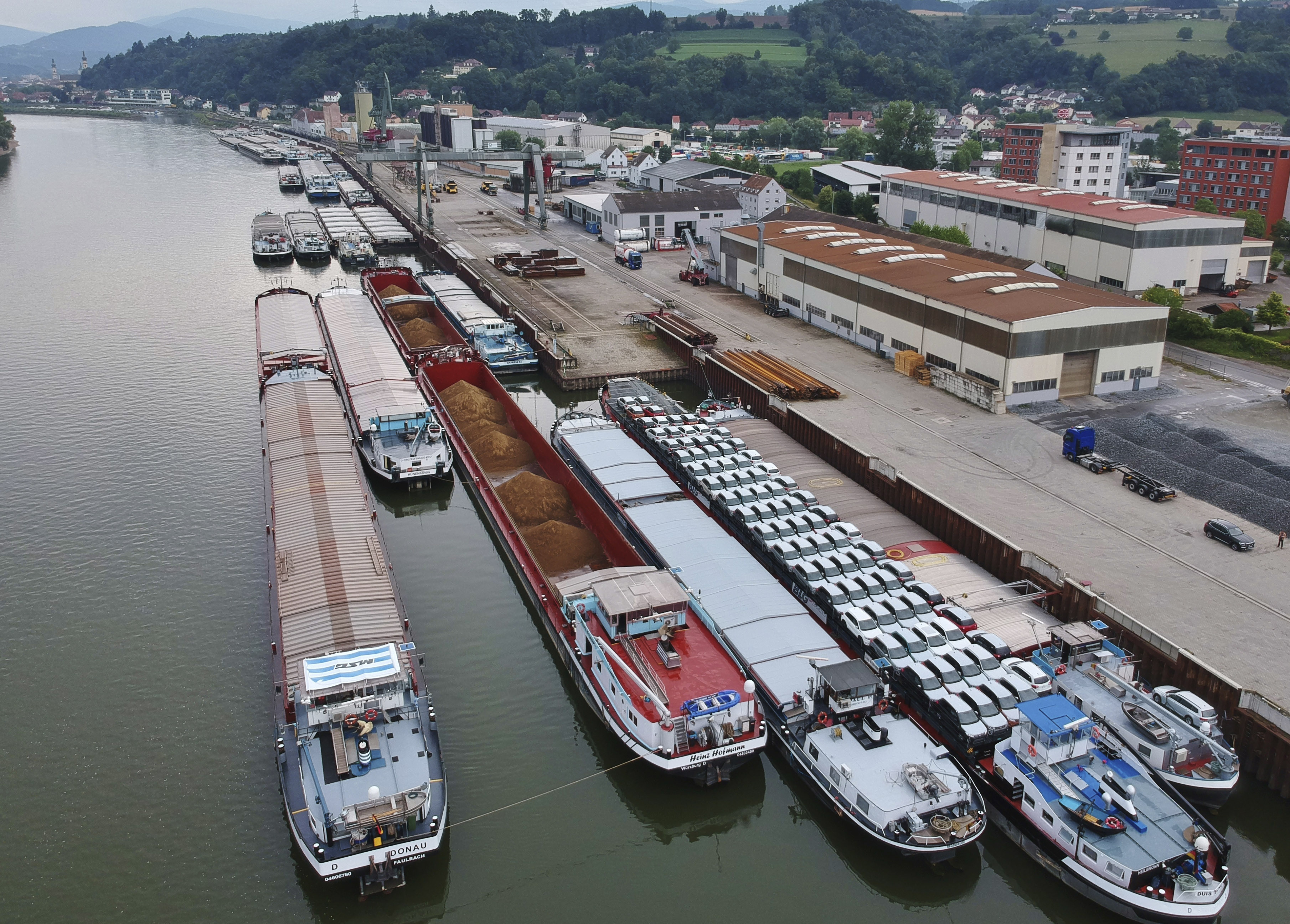 Inland shipping on the Danube is currently facing an extremely low water situation. The water level in Pfelling in Lower Bavaria reached its historic low of 2.25 meters on 24 August. The previous low was 2.30 meters and was measured over seven decades ago – on 25 September 1947. A relaxation of the situation on the Danube is still not in sight. Only long-lasting rainfalls in southern Germany could lead to a recovery of the water levels.

For the Danube navigation, the current situation means that only very few flat-bed vessels with a transport capacity of about 1,000 tonnes can sail on the river – but only with loads of up to a maximum of 200 tonnes.

Such a transport still corresponds to about seven to ten truck transports. For comparison: with good water conditions, a modern barge of 110 meters in length can replace about 150 trucks. Such under-utilisation and the associated losses of – an estimated – about 1,000 to more than 4,000 euros per day and ship lead to the fact that even the often contractually agreed small water surcharge can no longer compensate for the economic damage.

The majority of newer barges usually have a depth of 1.30 meters to 1.40 meters and can not pass the bottleneck between Straubing and Vilshofen for many days. As a result, long shipping congestion forms at various critical points on the German and Austrian Danube. Montan and agricultural goods, building materials and other inland navigation products stay where they are or must be brought to their destination via alternative routes, which could mean a permanent modal shift to the already congested roads.

“The dramatic situation shows how urgently the Danube development between Straubing and Vilshofen needs to be implemented. The elimination of this bottleneck can make a decisive contribution to keeping transports longer and better planned and feasible even at low tide,” states Martin Staats, President of the Bundesverband der Deutschen Binnenschifffahrt e.V. (Federal Association of German Inland Navigation, BDB).

Due to the severe drought and the associated crop failures, the Federal Government has recently pledged national aid payments for agriculture in addition to the state aid for the first time since the “summer of the century” in 2003. “State aid should also be seriously discussed for inland navigation. In addition to the farmers, it is the shipping companies that are particularly affected by the drought and the dehydration of the rivers. For the small and medium-sized sector, such long-lasting and intense low-water conditions are a threat to our existence. Financial aid would be an important signal to the effect that the Federal Government does not abandon inland waterway transport – and thus the mode of transport, which should make a significant contribution to coping with the sharply rising volume of freight in Germany,” emphasises the BDB President.