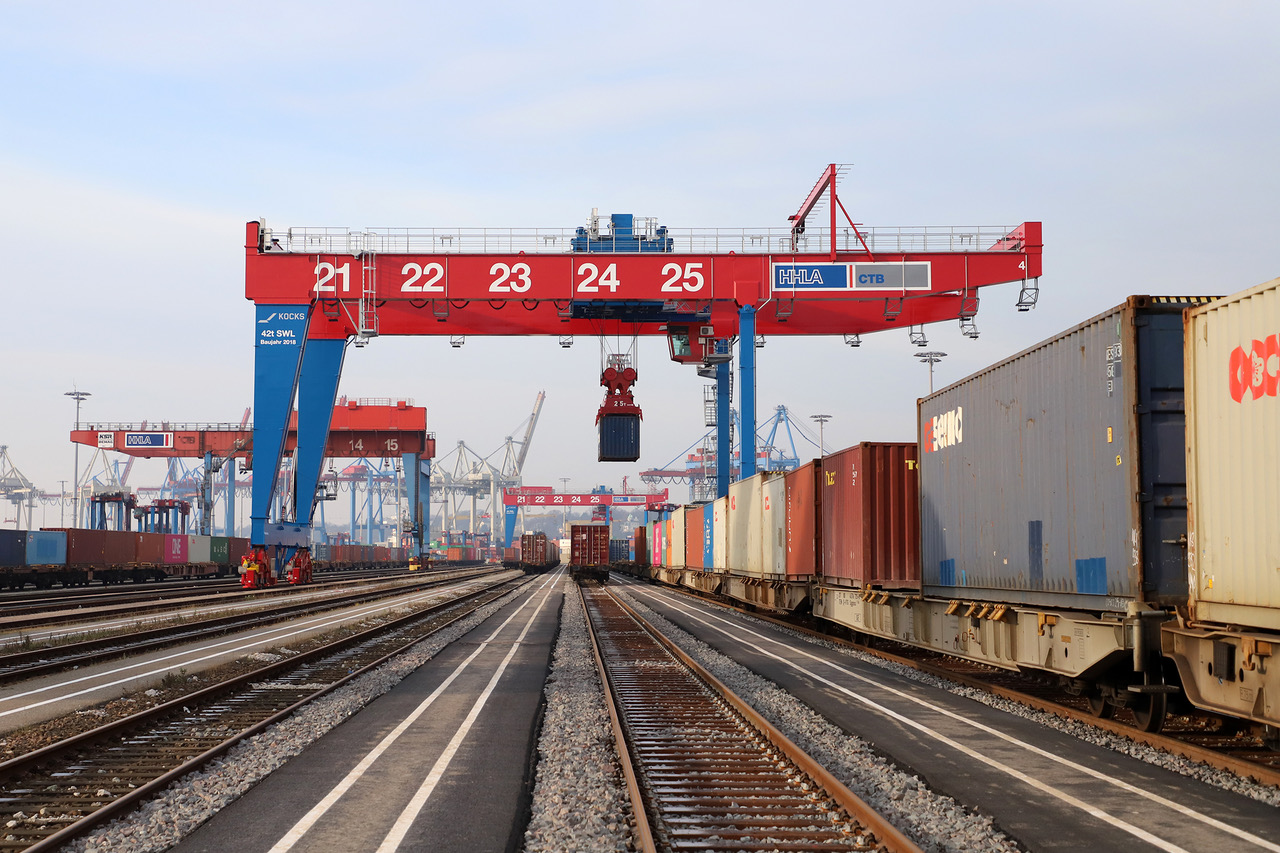 Two extra tracks and two new rail gantry cranes have been added to the rail terminal at the Container Terminal Burchardkai (CTB), which was one of the largest terminals in Europe even before this expansion. The rail terminal now has ten tracks. The longest trains permitted (measuring in at 740 metres) can be processed on each of the tracks. The second of the new cranes went into operation on 18 January. It is the fourth crane operating on the terminal in total and the final component of the expansion.

Two rail gantry cranes will serve five tracks each. Two of these cranes have been newly purchased and designed by the manufacturer Kocks Ardelt Kranbau in close cooperation with HHLA. All of the cranes are operated using environmentally-friendly ‘green’ electricity. Work safety has also been improved. The German Federal Railway Authority contributed towards the costs of the EUR 13 million expansion project through a programme designed to promote combined traffic.

The expansion increases the rail terminal’s capacity by approximately 200,000 TEU to around 850,000 TEU per year. Since 2010, annual rail throughput at CTB has grown by almost 50 per cent. Simultaneously, the share of rail transport in the total container volume at the Port of Hamburg increased markedly between 2010 and 2017 from 36.5 per cent to 42.8 per cent. This makes Hamburg the largest rail port in Europe by far.

The expansion of rail transport capacities at CTB could increase rail’s share in the diverse range of carriers even further in the medium term, explained HHLA Executive Board Member Jens Hansen: “The numerous high-frequency rail connections give the Port of Hamburg a clear advantage against other European ports. We believe rail connections will increase considerably from 2020 through the improved transport connections of CTB. And we are already perfectly prepared for this.”

Once the new Waltershofer road and railway bridges are operational, CTB will not have just one track but two sidings to the Hamburg port railway, and an additional feeder to the CTB rail terminal due to new shunting switches. The project for the additional tracks, which is being managed by the Hamburg Port Authority (HPA), is due to be completed in 2020.

HHLA also intends to invest in the expansion of its terminal facilities and in the extension of intermodal transport and handling capacities in the future. By 2022, the company intends to invest a total of EUR 800 million in the Port Logistics subgroup, of which EUR 450 million has been earmarked for the Container segment and EUR 350 million has been earmarked for the Intermodal segment. With this investment programme for its core business, HHLA is aiming to further increase its competitiveness and continue to strengthen the company for the future.