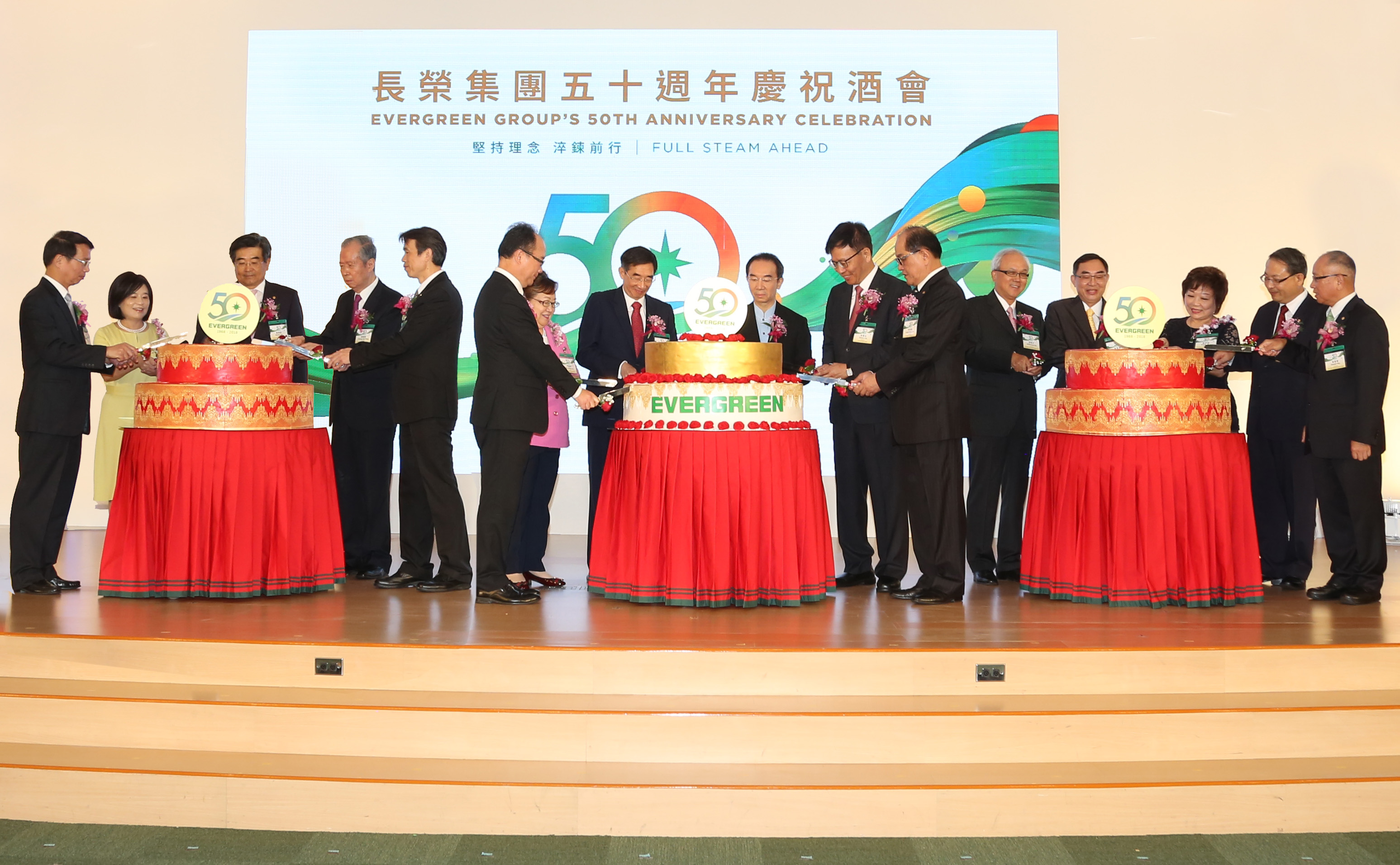 Evergreen Group celebrated its 50th Anniversary last weekend at the Chang Yung-Fa Foundation, home of the charity set-up by Evergreen Group Founder and Chairman Dr. Y.F. Chang. In addition to senior executives and employees of the Group’s businesses, the event was also attended by public officials, customers and business agents from both the shipping and airline industries as well as representatives of supply chain partners from more than fifty countries.

Taiwanese Minister of Transportation and Communications, Mr. Wu Hong-Mo, noted in his remarks that Evergreen Group builds a comprehensive shipping network and international flight routes, providing quality transportation service to facilitate world trade and serve the general public. In addition to its core businesses, Evergreen Group is also devoted to charitable activities and giving back to society.  He wishes Evergreen Group a prosperous development and long-lasting future.

Evergreen Group evolved from its operation in marine transportation. Company founder and Chairman Dr. Y.F. Chang, established Evergreen Marine Corporation on the 1st of September 1968. In the early years, the company encountered numerous hurdles, such as the fire that ravaged Ever Island, a lack of lending support from financial institutions and competitive monopoly of freight conferences. All these obstacles were overcome under Dr. Chang’s leadership and with the ‘Evergreen Spirit’ embodied in all his employees.

In 1972, Evergreen launched Taiwan’s first Far East-Middle East liner service, helping local shippers transport their cargoes to the fast-developing Middle East region. In 1979, it opened the Far East to Europe full container service as an independent carrier, breaking the monopoly of the Far Eastern Freight Conference. In 1984, Evergreen launched the unprecedented two-way, round-the-world container services. This turned a new page in the history of the global marine transportation, establishing Evergreen as the world’s largest container shipping line in 1985. Today, it remains one of the leading brands in the global shipping industry.

After building a solid foundation in shipping industry, Dr. Chang sought to expand Evergreen’s transportation service into the airline industry. On the 20th anniversary of Evergreen Marine, he announced his plan to invest and build the first privately owned airline in Taiwan, EVA Air. In spite of numerous difficulties, including adverse smearing campaigns, the fledgling airline successfully took to the sky in 1991.  In just a few years, EVA Air expanded route network to many cities across Asia, Europe, North America and Australia.

In addition to marine and air transportation, Evergreen Group has developed into a global conglomerate across sea, land and air, expanding its business scope into aviation technologies, international hotel chains and steel production. The dedication remains to continue efforts to provide better service for customers and the community at large. Looking to the future, Evergreen Group will continue to embrace Dr. Chang’s corporate philosophy of generating profit, caring for employees and giving back to society as it heads into the next 50 years.

Evergreen’s gratitude for its past success and expectations for a more prosperous future are fully demonstrated within the design of the event banner. The green waves cross the 50th anniversary insignia and the rhythmic lines show the magnificent energy of the ocean, symbolizing Evergreen’s continuous breakthroughs and innovative achievements through its development. The compass represents the corporate philosophy of Evergreen Group Founder Dr. Chang, guiding the group’s employees to adhere to the company’s values and to conquer obstacles along the way, sailing full steam ahead into the future. The pulsating dots, meanwhile signify the vitality of each business entity under Evergreen’s banner.