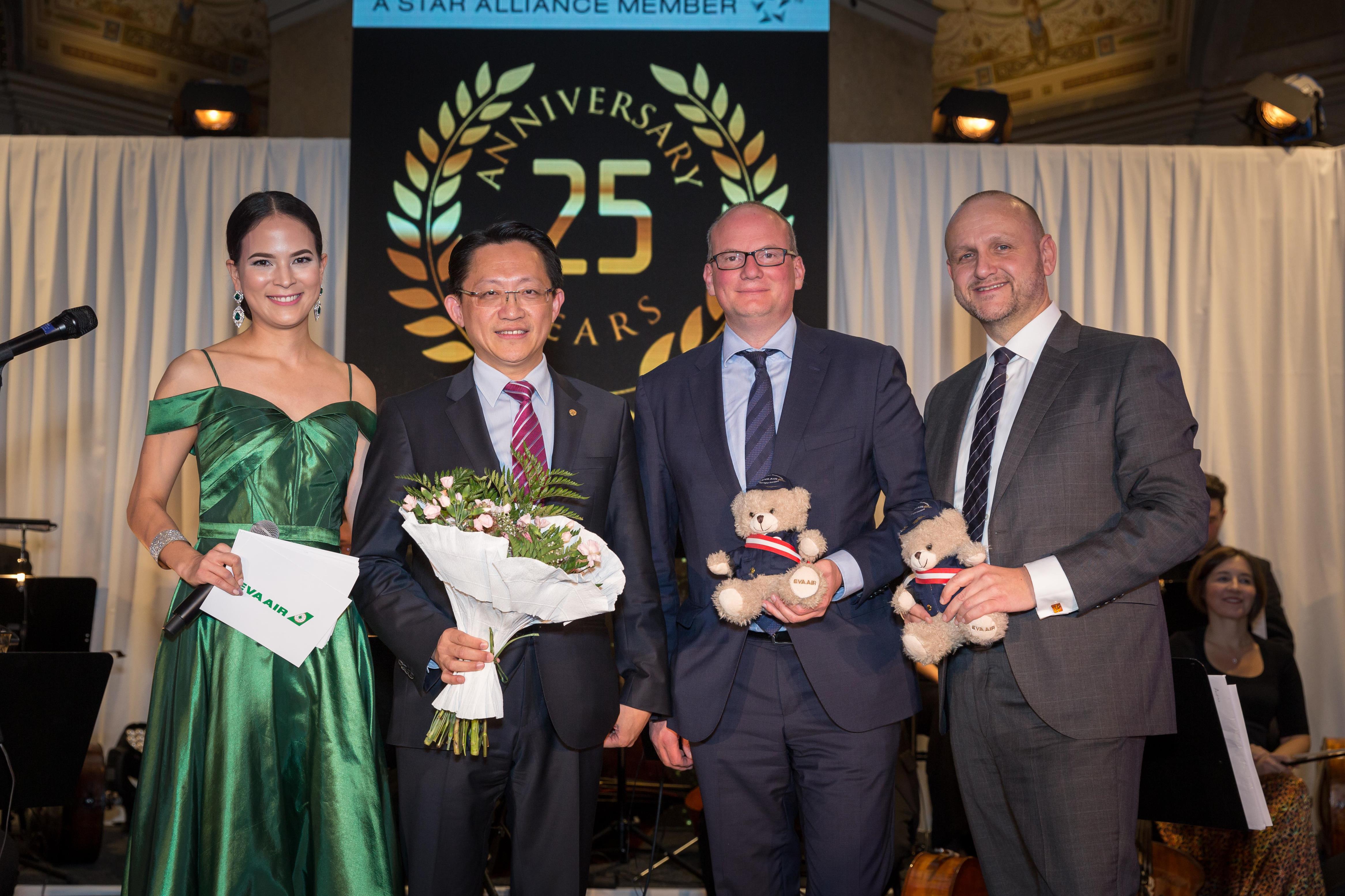 To celebrate its 25-years anniversary, Eva Air hosted a string concert at the Natural History Museum in Vienna, to which the private Taiwanese airline has been a partner for years. Eva Cargo is regularly entrusted with the transport of priceless art works from world-class museums, and of endangered species from organizations for the preservation of biodiversity.

In 1991 the first Eva Air aircraft from Taiwan landed at the Vienna International Airport. Since then, more than 1.6 million passengers were carried on this flight route, said Mag. Julian Jäger, CEO Flughafen Wien AG, in his speech. Since the beginning of October 2016, a Boeing 777-300ER is deployed on the Vienna flight, increasing the seat capacity by 27 percent. Since the company was founded the fleet has been expanded to currently 74 aircraft of Boeing and Airbus, as Edward Ho, Eva Air General Manager Austria and CEE, stated in his speech.

The airline based in Taipei is a Star Alliance Member and was established in 1989 as a sister company of Evergreen Marine Corporation, one of the world’s largest container-shipping lines, also headquartered in Taipei. The airline currently serves more than 60 destinations on four continents (Asia, Australia, Europe and America). Eva Air operates four weekly flights from Vienna to Bangkok and Taipei.