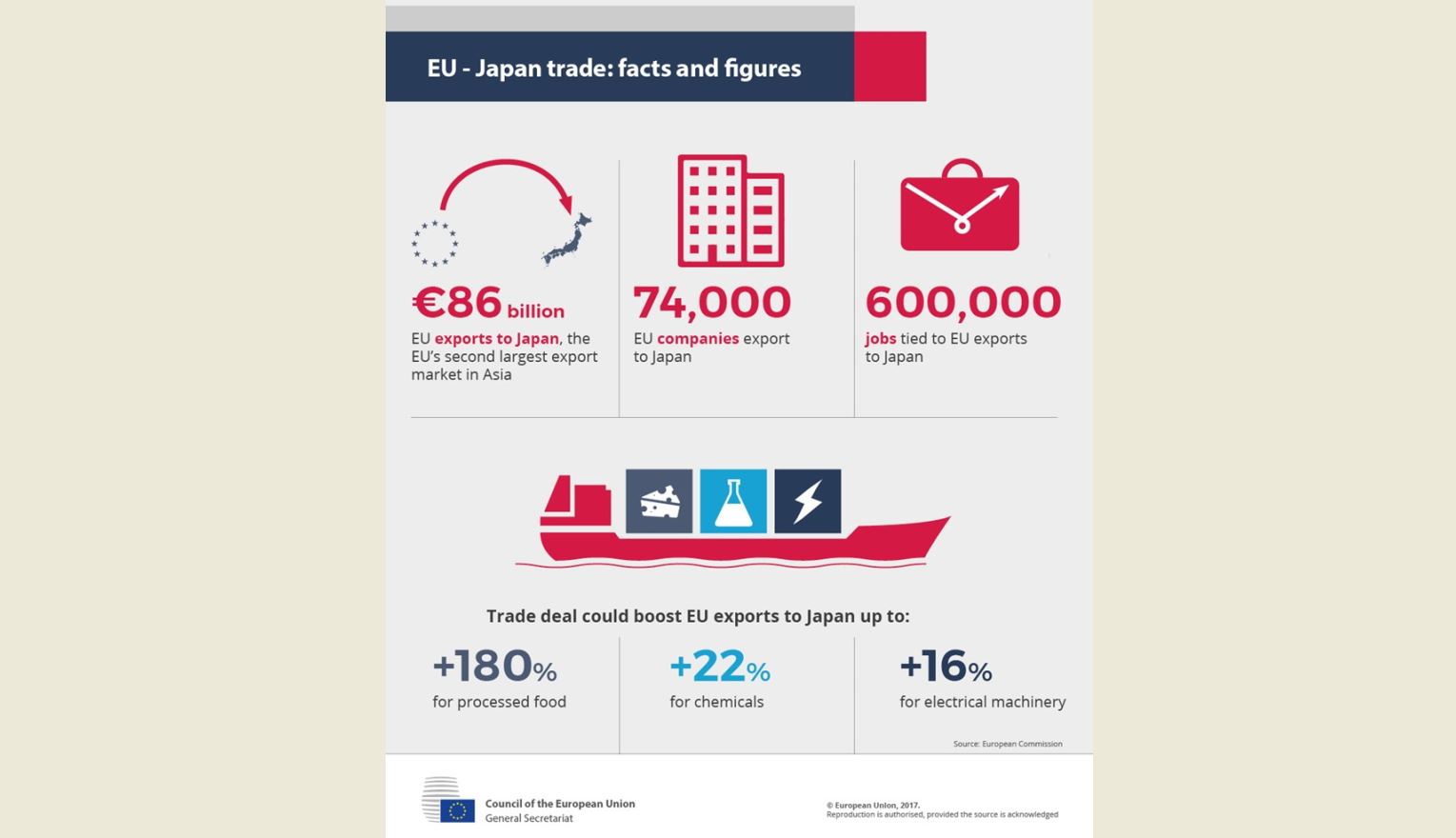 The Economic Partnership Agreement between the EU and Japan is the biggest ever negotiated by the European Union. It creates an open trade zone covering over 600 million people and nearly a third of global GDP. It will remove the vast majority of the EUR 1 billion of duties paid annually by EU companies exporting to Japan, and has led to the removal of a number of long-standing regulatory barriers, for example on cars.

It will also open up the Japanese market of 127 million consumers to key EU agricultural exports and will increase EU export opportunities in a range of other sectors. The Agreement follows the highest standards of labour, environmental and consumer protection and has a dedicated chapter on sustainable development. It is the first trade agreement negotiated by the European Union to include a specific commitment to the Paris climate agreement.

Commissioner for Trade Cecilia Malmström said: “We are sending a strong signal to the world that two of its biggest economies still believe in open trade, opposing both unilateralism and protectionism. The economic benefits of this agreement are clear. By removing billions of euros of duties, simplifying customs procedures and tackling behind-the-border barriers to trade, it will offer opportunities for companies on both sides to boost their exports and expand their business.”