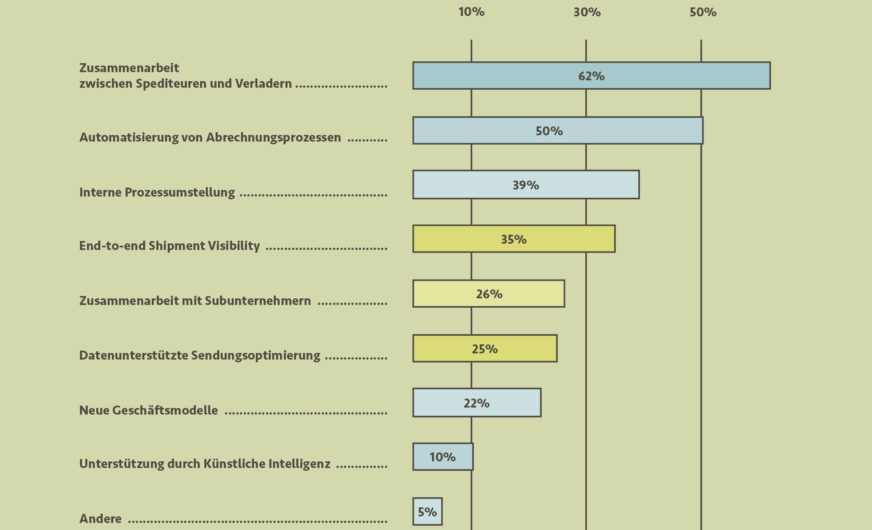 For the second time since 2018, Transporeon’s report was published following a survey of more than 1,000 European road haulage companies. As a result, more than three quarters of the respondents were able to increase their sales in 2018. The expectations for the current year are only slightly more cautious. In line with the current high level of transport prices, 69 per cent of freight forwarders expect their service prices to rise further. The digitisation of transport logistics processes is welcomed by 77 per cent of the respondents. This is an increase of 10 per cent compared to last year’s survey.

Despite economic gloom, European freight forwarders are still optimistic about the future. The assessment of price development has barely changed: as in the previous year, the majority expects a price increase of one to five per cent. As in the previous year, most respondents cited the continuing shortage of drivers (54 per cent) as a reason for this. Brexit should also influence the development of transport prices in 2019, according to 16 per cent of European industry representatives.

A clear majority of the freight forwarders (77 per cent) assume that their own business situation will improve as digitisation progresses – that is 10 per cent more than in the previous year. For 62 per cent of the respondents, online-based processes optimise collaboration with the shipping companies. 50 per cent of freight forwarders expect automation of payment processing. More than a third of the respondents (35 per cent) also see end-to-end visibility and thus the tracking and tracing of transports as a particularly important digital service.