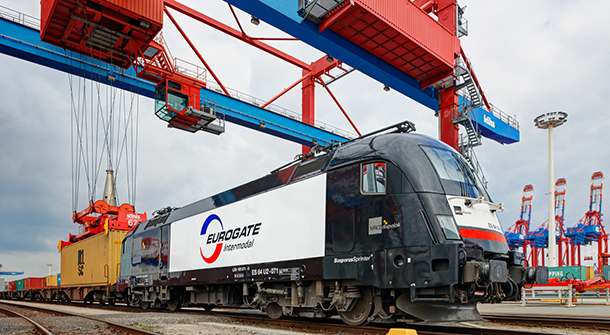 Eurogate Intermodal (EGIM) is once again expanding its service portfolio. From January 2020, the Hamburg-based specialist for international combined container transport will be offering up to seven departures per week between the German seaports and Budapest. Of these, four weekly round trips will directly link Germany and Hungary. Up to three connections per week are handled by EGIM via the Munich hub, which allows to reach further European destinations.

The direct transports between Germany and Hungary offer a fast and reliable transport option with a transit time of less than two days. The additional route via Munich will also provide EGIM customers with numerous additional transport options. The hub services via the Bavarian metropolis enable new connections between Budapest and the western ports of Rotterdam and Antwerp.

For the first time, Budapest is connected via Munich to Melzo/Milan, where further connections are available to the Ligurian ports. In this way, customers will benefit from additional, more flexible connections within Europe.

The Hungarian railway company Floyd Zrt. based in Budapest, in which EGIM holds a majority stake of 64 per cent, will be responsible for the service expansion. Floyd acts as a traction partner on the core route between southern Germany and Hungary. As part of this cooperation, EGIM is also offering intra-Hungarian antenna traffic via Budapest. EGIM’s interests in Hungary are represented by I.C.E. Transport Hungary Kft.

Through its sister company Hannibal, a company of the Italian Contship Group, EGIM offers connections to Italy via the central hub in Munich, with the southern ports also being connected to the network.