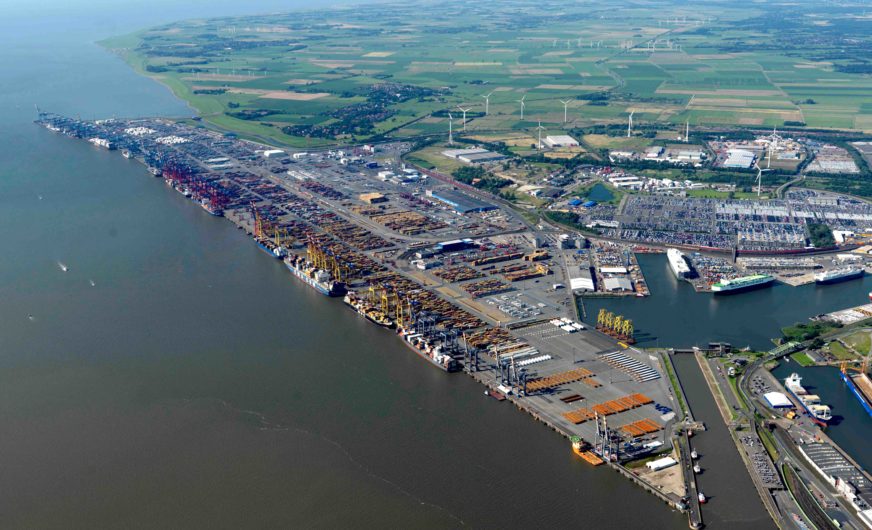 Success for Eurogate Container Terminal Bremerhaven’s offshore project team: Eurogate has been chosen as base port for the installation of wind turbines for the “Nordergründe” offshore wind farm, a project of wpd AG. The customer is Senvion GmbH.

Senvion supplies the 18 type 6.2M126 offshore wind turbines that are to be installed close to the shore in the estuary of the River Weser east of the island of Wangerooge. The turbines are being transported out to the North Sea from Bremerhaven. From April 2016, Senvion will lease handling and quay areas at the southern tip of the Bremerhaven container terminal for offshore transhipment. The berth at CTI was only upgraded by bremenports for transhipment of the heavy-duty components in 2011.

The offshore wind turbines are being produced for the most part at Senvion’s production site in Bremerhaven and transported to the nearby container terminal on the Weser estuary by ship or pontoon. The rotor star is assembled directly on site at CTI.

Wolfgang Schiemann, Managing Director of Eurogate Container Terminal Bremerhaven: “In Bremerhaven we have suitable handling areas and the necessary infrastructure, making the location ideal for use as the base port for offshore wind farm projects. And that’s not all: our project team impressed with its solid experience in handling wind turbines. Over the years we have built up a great deal of expertise in this area, for example during realisation of the “Nordsee Ost” wind farm project installed by RWE Innogy, also in collaboration with Senvion.”