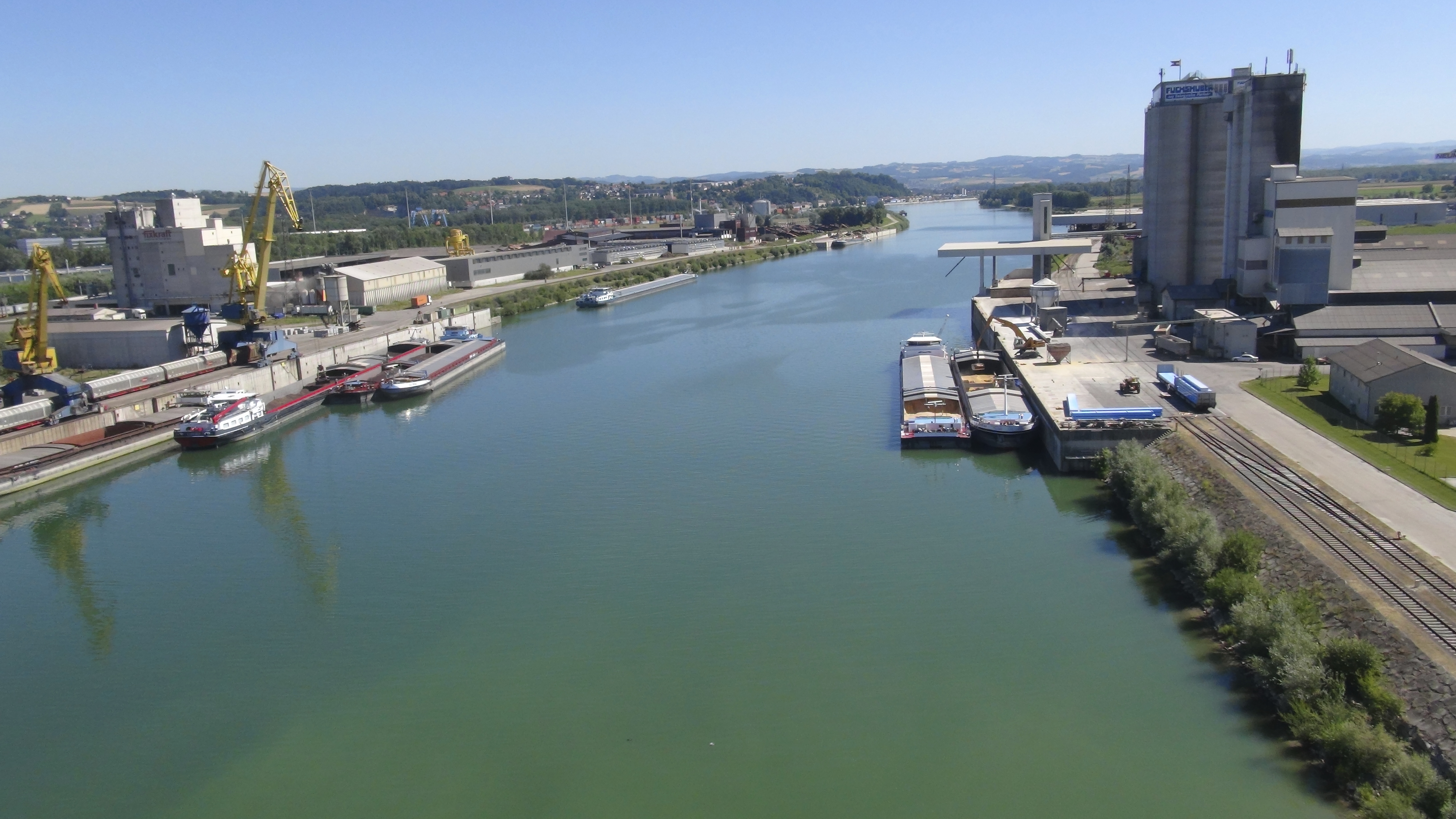 For the Ennshafen, the year 2018 was characterized by enormous challenges for inland shipping. As a result, water/land transhipment dropped from 697,000 tonnes in 2017 to 485,215 tonnes (648 vessels). At the container terminal, the volume reached 365,314 TEU (+ 3%), reports the freshly issued “Hafen Journal” of EHG Ennshafen GmbH.

The year 2018 had started well, the first quarter brought an increase in turnover of 41 per cent, mainly driven by the oil seed, salt and scrap product groups. “In May 2018, the 15 millionth tonne since the beginning of operational transhipment activity has been recorded in Ennshafen,” states the “Hafen Journal”.

Due to the demand and the increasing handling figures, the next expansion stage started at the container terminal. For the expansion of handling areas and a new crane, an investment of around EUR 9.5 million is available. Commissioning of the extension is planned for mid-2019.

The roadside infrastructure of the Enns Business Park was massively upgraded with the general refurbishment of the industrial harbor road in the port area, for which the Ennshafen made a massive financial contribution. Further projects in the road and railway sector are in concrete planning.