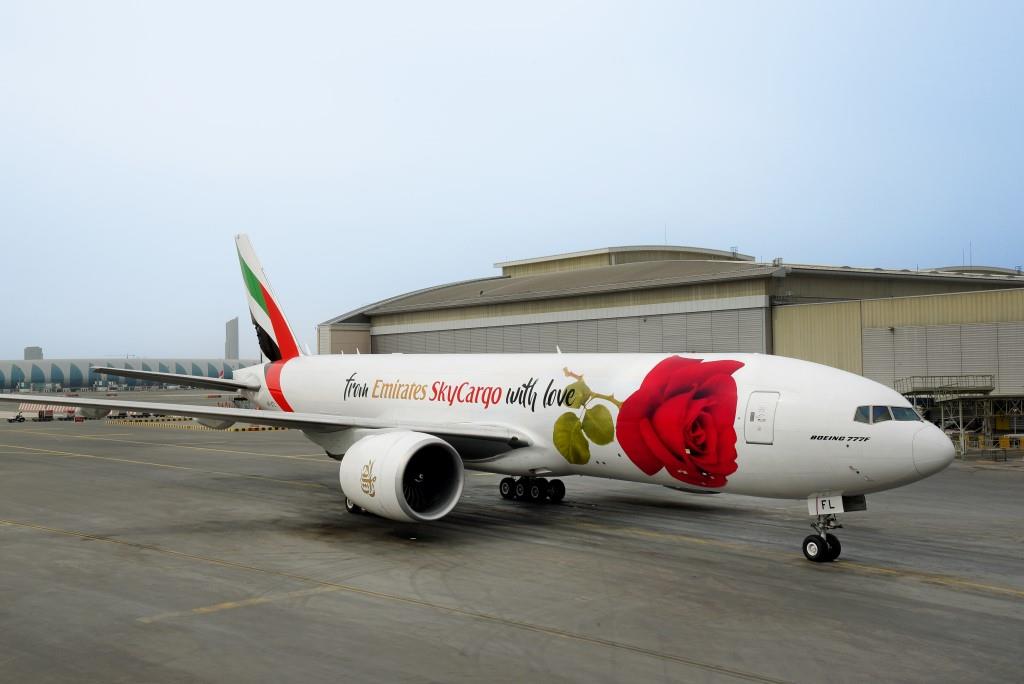 Emirates SkyCargo, the freight division of Emirates airline, has unveiled a unique decal featuring a rose on one of its Boeing 777-F freighter aircraft ahead of Valentine’s day. The decal, installed at the Emirates Aircraft Appearance Centre in Dubai, is the first of its kind for the airline and highlights its strong contribution to the floriculture industry through the transport of fresh flowers across the world.

Every day Emirates SkyCargo transports fresh flowers across its global network of over 150 destinations. This includes the flowers transported on board dedicated freighters from major flower exporting countries such as Kenya and Ecuador directly to Amsterdam, as well as flowers transported in the belly hold of the aircraft from countries as far and diverse as India, New Zealand, Vietnam, Zambia, and Ethiopia. Between January and December 2016, Emirates SkyCargo transported over 70,000 tonnes of fresh flowers around the world.

Although the transportation of flowers is a year-round activity, there is a marked increase in the volume of flowers- in particular roses- being transported around Valentine’s Day which is the single most important annual date for floriculturists worldwide. It is estimated that close to 250 million stems of roses are grown worldwide exclusively to cater to the increased demand for flowers around Valentine’s Day.

Emirates SkyCargo adds supplementary cargo capacity every year in the major flower trade lanes to be able to bring the additional volumes of flowers to Aalsmeer – the world’s largest flower auction house in Amsterdam – and from there onwards to other global destinations.

The journey of a flower usually begins in a farm where it is harvested by hand. The freshly harvested flowers are then sorted, arranged in bouquets and hand packed into boxes which are then loaded on the aircraft. In order to ensure maximum freshness and shelf life, the temperature in the cargo hold of the aircraft is maintained between 1 and 3 degrees centigrade.

Emirates SkyCargo has been at the forefront of the cargo industry operating a young and modern fleet of 255 aircraft including 15 dedicated freighters- 13 Boeing 777-Fs and two Boeing 747-400ERFs. The carrier also offers a number of specialised transportation solutions for customers across different business verticals such as pharmaceuticals and automobile.